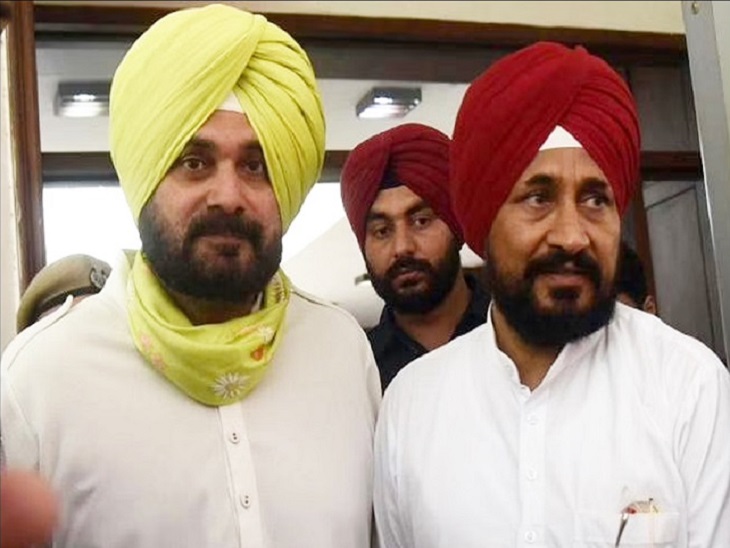 CM Channi and Congress President Sidhu are speaking in unison on the farmers issue.

Congress will not leave bets on farmers in Punjab elections to be held after three and a half months. Till now the whole focus was on the agrarian reform laws of the Centre. PM Narendra Modi announced his return on Friday, after which the Congress immediately changed its strategy.

First CM Charanjit Channi held a press conference and demanded guarantee on MSP. For this, along with the repeal of the Agriculture Act, a new MSP Act was asked to be brought. Now Punjab Congress President Navjot Sidhu called it the lifeline of farmers.

Sidhu said that MSP is a bigger issue than agricultural laws. It is the lifeline of Indian farmers. If the central government really wants to double the income of farmers by following the C2 recommendation of the Swaminathan Commission, then it must fulfill this demand.

Changed strategy after seeing the attitude of farmer leaders

The Congress changed its strategy immediately after seeing the attitude of the farmers’ leaders as soon as the Agriculture Act was withdrawn. Farmer leader Rakesh Tikait said that right now there is a big issue of law on MSP. The farmer’s crop is sold at a low price, which the Congress started cashing in on the rush.

Big issue was snatched from Congress

Agriculture law was a big issue with the Congress for the Punjab elections, due to which the BJP was directly on the target of the farmers. The Akali Dal was also facing difficulties, as it was in the central government while making the law. Later he also praised it. That is why the Congress was constantly standing in support of the farmers. With the sudden withdrawal of the law, the trump card of victory was snatched in the hands of Congress.

CM Charanjit Channi has now announced to build a memorial in the memory of the farmers.

Timing in favor of Congress

Congress has got a setback due to the withdrawal of the Agriculture Act, but its timing in Punjab may suit them. Election code of conduct may be imposed in Punjab after a few days. After the withdrawal of the law, till then the BJP did not have enough time to reach out to the farmers again. Till then the issue of deaths in the movement will not cool down. On the contrary, Congress is giving compensation and jobs to the families of the deceased farmers. At the same time, the memorial has also been announced. In such a situation, the decision of the Center will be beneficial for the Congress.