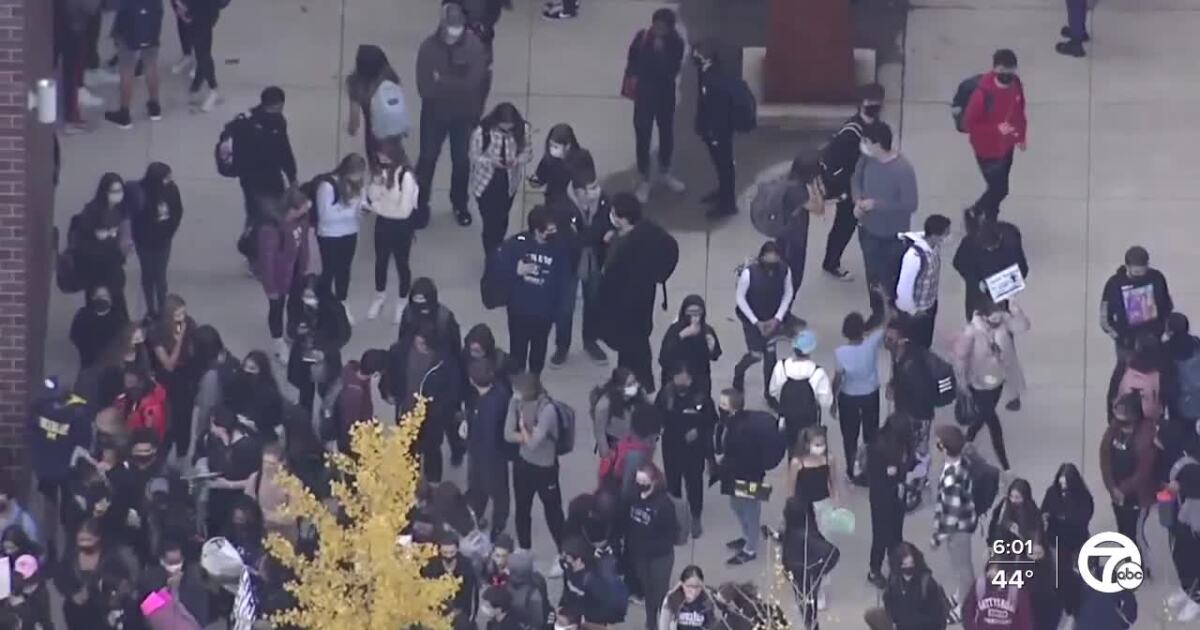 (WXYZ) – A student protest broke out at Bloomfield Hills High School on Friday afternoon after racist graffiti was found on bathroom walls for two days straight.

According to the district, racist graffiti was written on the walls of the restrooms and then shared on social media accounts.

Police were alerted to graffiti on Wednesday and again on Thursday. Police say they are investigating

The walkout was scheduled for 1:30 p.m. on Friday, and the district says school and district administrators have met with the organizers of the walkout.

“Hate speech and racist behavior will not be tolerated and does not represent our mission as a school or high standards for our students and ourselves,” the district said in a statement.

The district also said they are holding a community collaboration program on anti-racism work on Tuesday that will include community conversations and brainstorming and then small group discussions.

According to the district, the presence of police will be increased during the walkout.

The complete details of the district are given below:

“The district is aware of the racist hate speech written on the walls of our restrooms and shared on private social media accounts this week. We have launched an immediate investigation with the assistance of the Bloomfield Township Police Department. Hate speech and racist behavior are not tolerated. and does not represent our mission as a school or the high standards we hold for our students and ourselves.

Some immediate actions regarding this reprehensible incident include grade level meetings, counseling and social work support, staff meetings and training, and opportunities for student and community dialogue to address the emotional impact of hate speech and legal repercussions. . Our ongoing efforts such as the Student Equity Council, Student Senate and the Global Education team are working on policy and procedures specifically related to hate incidents.

We are hosting a community support event to advance anti-racism work at Bloomfield Hills High School on Tuesday, November 16th at 6pm. We recognize that we need help from our community and that there is important work to do.”