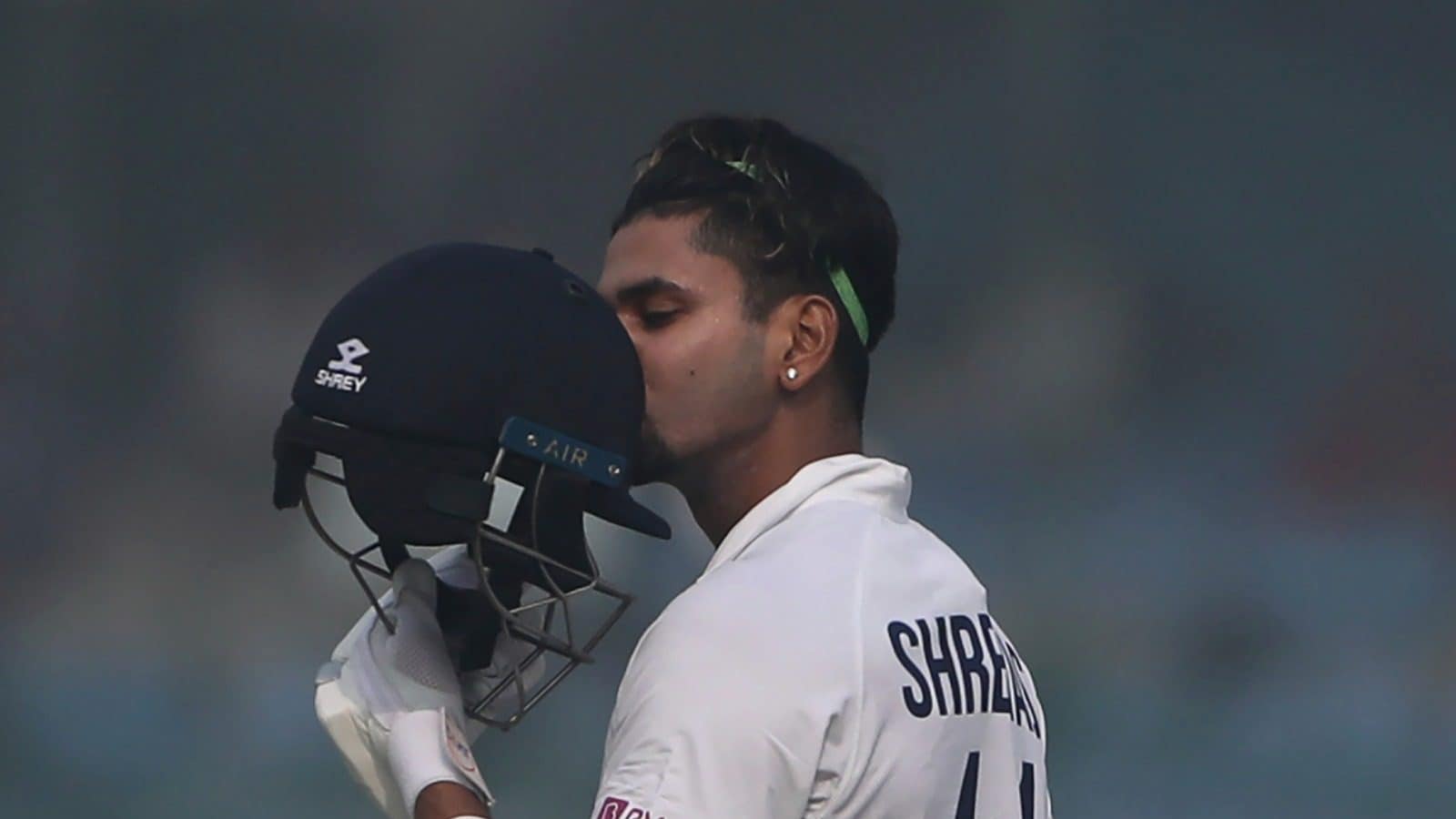 great batting Sachin Tendulkar Middle-order batsman Shreyas Iyer lauded him for his scintillating century in his first Test against New Zealand at the Eden Park, Kanpur on Friday. Iyer scored a scintillating century on his Test debut to lead India’s comeback. He was dismissed for 105 runs in 171 balls as his innings contained 13 fours and two sixes. The 26-year-old became the 10th Indian player to score a century on Test debut on Indian soil and the 16th overall in his first innings of a Test match.

Tendulkar took to Twitter to congratulate the Mumbai batsman on a stellar start to his Test career.

“Great start to your Test career, @ShreyasIyer15. Nice to see you as a part of #TeamIndia in ‘Gore’. Good luck!” Tendulkar tweeted.

In the absence of Virat Kohli, Iyer got a chance to debut. The 26-year-old received his first Test cap from the veteran India Batsman Sunil Gavaskar.

A Test cap that came after 4592 first-class runs in 54 matches at an average of 52.18. Iyer made his ODI debut in 2017, playing 54 limited overs matches. He scored 1393 runs at an average of 42.7 in ODIs and 27.6 in T20Is. Seeing his ability to score runs independently, it was believed that he would be included in the Test team sooner or later.

Shreyas Iyer has become the 10th Indian player to score a century on Test debut.

“Great innings under pressure from #ShreyasIyer. Demonstrated great maturity, restraint and classiness and became the 16th Indian to score a century on Test debut. Well played @ShreyasIyer15. Many more to come!” Laxman wrote on Twitter.