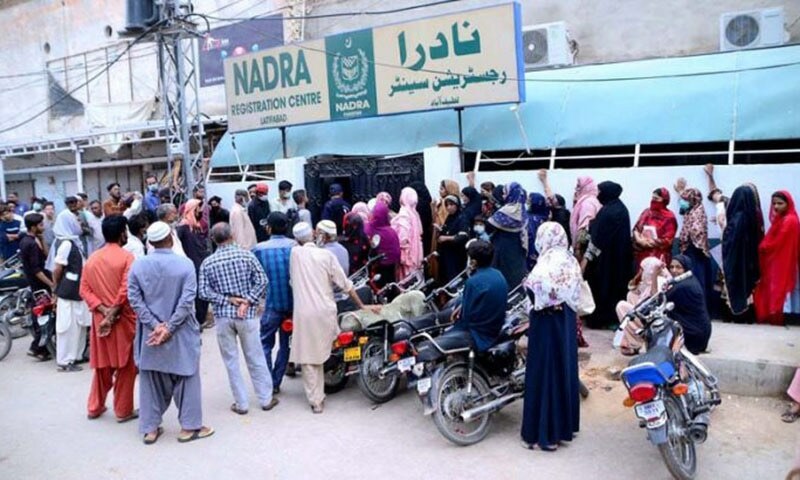 ISLAMABAD: A meeting of the National Assembly’s Standing Committee on Information Technology on Thursday discussed the security of critical data in-depth as a Federal Investigation Agency (FIA) official claimed that the system of the National Database and Registration Authority (NADRA). was hacked. But when he was pressured to elaborate on his comments, he changed his statement.

The FIA ​​official also told the committee members that several SIM cards were issued illegally after the Nadra data was rigged.

Discussing the widespread use of illegal SIMs in the country, the committee members said that it was a challenge to stop the sale of such cards.

The committee called for enhancing the capacity building of the concerned departments to ensure cyber security in the country.

Nadra refutes his statement, denies that its system has been hacked

“We have found that Nadra’s data has been tampered with, it has been hacked,” Tariq Parvez, additional director of the FIA’s cybercrime wing, told a meeting chaired by Ali Khan Jadoon.

He said that during the crackdown in Faisalabad, the FIA ​​seized around 13,000 illegal SIMs.

Mr Parvez said his wing had received 89,000 complaints, but did not have enough staff to address the complaints reported on a daily basis. “The cybercrime wing of the FIA ​​has only 162 investigating officers,” he said.

His statement stirred the committee members and they asked him various questions regarding the theft of Nadra data.

To this, the Additional Director of FIA amended his statement to say that Nadra’s data was not hacked, but its biometric system was compromised and used during the SIM verification process.

They also told the committee that whenever they found a suspect involved in financial fraud, the suspect usually turned out to be an elderly man or woman whose data was being used by someone else.

Nadra, however, denied the FIA ​​official’s claim. In a statement issued after the committee meeting, Nadra’s spokesperson said that public biometric data is completely secure and has not been hacked.

“The FIA’s statement regarding the hacking of biometric data is based on a misunderstanding,” the spokesperson said, adding that Nadra would seek clarification from the FIA ​​on “unnecessary statements and misinterpretations of the issue”.

“In the last one year, the sale of illegal SIMs has come down by 600 per cent.

The PTA chairman clarified that the culprits obtained thumb impressions of unknown people, mostly elderly persons or illiterate women, for other purposes like receiving digital payments, and these biometric verifications were used to issue SIMs.

He said another illegal method was to imitate thumb impressions, but this system was being phased out and live fingerprint detection systems were being introduced to eliminate the use of silicone thumbs.

He said: “Two mobile phone operators have been fined Rs 100 million and Rs 50 million respectively for showing negligence in issuing SIMs and over 0.53 million SIMs have been blocked after receiving complaints.”

The PTA president said 175,000 illegally issued SIMs were blocked since November 2020, of which 2,600 were blocked in October this year.

He told the committee that complaints can be lodged on the website of the PTA against those sending messages related to financial fraud.

The committee was briefed by IT Secretary Dr. Sohail Rajpur about Social Media Rules and National Cyber ​​Security Policy, 2021.

PTI K Jadoon, chairman of the committee, stressed that it is necessary to keep the national interest and national outlook in mind while making laws.

The members of the committee mainly related to PML-N and PPP said that rules and regulations should be made in consultation with public representatives. The chairman of the committee decided that there would be a separate briefing on social media rules.

With regard to cyber security policy, the Committee unanimously called for stronger measures to secure data, particularly those relating to national security and privacy of individuals.

MNA Monza Hussein briefed the committee about the salient features of a parliamentary delegation’s visit to Azerbaijan last month. He said that Azerbaijan has great potential for export of IT products.