Israel on Wednesday pushed ahead with the construction of about 3,000 housing units in West Bank settlements, despite condemnation by the government as well as the US administration.

The Defense Ministry’s Higher Planning Council, which authorizes West Bank construction, said 1,804 units had been given final approval for construction. Another 1,326 housing units were upgraded at a later stage of the planning process.

Acceptance of the new construction is bound to increase friction with the United States and Europe, enraging the Palestinians and testing Israel’s fragile governing coalition, which consists of a combination of nationalists and centrists and parties opposed to settlements.

The Coalition Labor Party tweeted shortly after the announcement: “Those who irresponsibly, without coordination and preparation make a policy announcement with international implications, and approve the construction of 3,000 housing units in Judea and Samaria , they are – how can we keep it – no [Yitzhak] Rabin. “

The comment was a jibe at Defense Minister Benny Gantz, who has reportedly said He Wants To Be The “New Rabin” Referring to the late Israeli prime minister who signed the Oslo peace deal with the Palestinians.

Gantz’s Blue and White party immediately retorted on Twitter: “Those who conscientiously object should not preach security and diplomatic responsibility.” The remark may have been referring to a 2010 radio interview in which current Labor leader Merav Micheli said that she did not think mothers should send their sons into the military (though she later backed down on the comment). ).

Gantz recently declared six Palestinian human rights groups “terrorist organizations”, a move that Slammed Micheli, the government’s transport minister, and other left-wing coalition members. The Defense Minister then replied that Michaeli “should not get in the way of the War on Terror.” 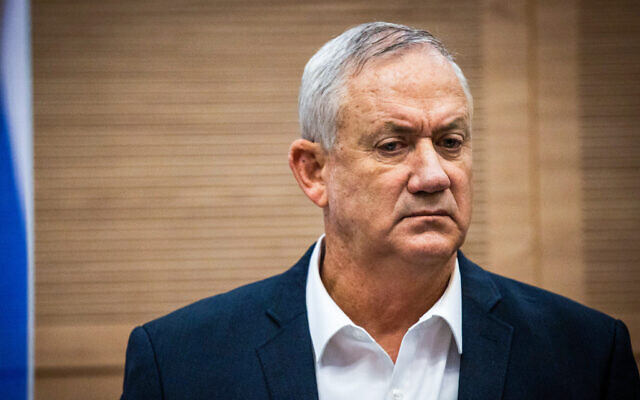 Meretz MK Mosie Raz told Army Radio on Wednesday that he hoped Gantz would “show responsibility and prevent this catastrophe”. [settlement] A series of constructions and populist decisions that harm the government and the State of Israel.”

The newly approved settlement homes will be in the communities of Revva, Kedumim, Elon Moreh, Carney Samoron and Gush Etzion and Hebron Hills.

It is the first time settlement units have been approved during the Biden administration and by the current Israeli government. The plan was originally supposed to go for approval two months back, but was put on hold by the civil administration.

On Tuesday, the US State Department said it “deeply concernedAbout Israel’s plans to pursue new settlement houses, including several deep inside the West Bank.

State Department spokesman Ned Price told reporters in Washington: “We strongly oppose the expansion of settlements, which is completely inconsistent with efforts to de-escalate tensions and ensure peace and damage the prospects of a two-state solution.” delivers.”

The Peace Now Settlement Watchdog condemned the government for the approval. “A government that violates commitment to the status quo and damages construction in settlements is not a transition government, but an outright right-wing government. Supporters of the two-state solution in the government have fallen asleep on duty,” the group said. 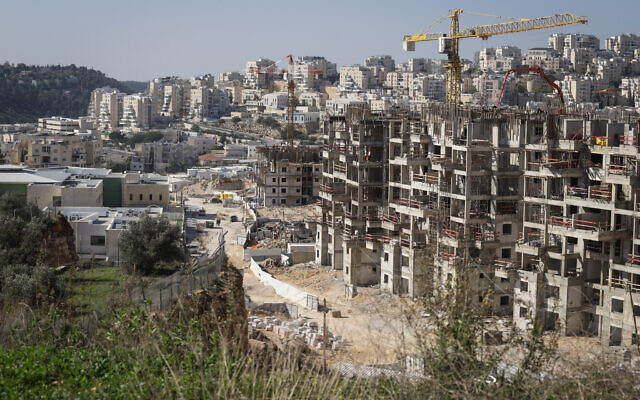 Samaria Regional Council President Yossi Degan praised the move, but said it was not enough: “We can’t say for about a year [settlement build] Freeze is over. The goal is one million Jews in Samaria and we will reach it. As with any government, it is the most fundamental thing about human rights – the ability to grow and develop.”

The committee was also to discuss 1,300 housing units for Palestinians who live in Area C of the West Bank, outside the enclaves administered by the Palestinian Autonomous Government under full Israeli control. The matter is expected to be discussed in a separate meeting on Sunday, a spokesman for the civil administration told The Times of Israel.

Area C makes up about 60 percent of the West Bank and is entirely under Israeli security and administrative control. Israel rarely approves Palestinian construction in Area C, with most requests being denied. This has resulted in massive illegal construction, often demolished by Israel.

In 2019, the Israeli Security Cabinet approved – in principle – a record 700 building permits for Palestinians, widely used by the High Court of Justice to prevent further demolition of Palestinian property, as well as to prevent international criticism of Israel. was seen as an effort. For failing to allow Palestinian construction.

However, an inquiry The Times of Israel found last year that very few of those building permits were actually issued. 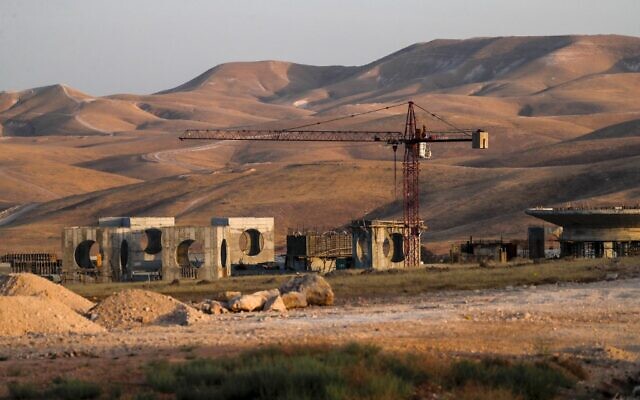 Buildings under construction in Mishor Adumim, an Israeli industrial area adjacent to the settlement of Male Adumim in the West Bank, east of Jerusalem, on June 16, 2020. (Ahmed Gharbali/AFP)

Most of the international community considers settlement construction to be a violation of international law. In 2018 the Trump administration announced that it did not consider the matter, backing Israel, which rejects the position that the territories are occupied, saying they should be captured from Jordan in a defensive war. was taken.

Wednesday’s approval for construction comes a month after an Israeli government official told The Times of Israel that, despite a change in administration in Washington, Israel’s settlement building policies will remain largely unchanged.

The official said Prime Minister Naftali Bennett’s new government would work on an understanding made by his predecessor Benjamin Netanyahu with Trump, whose administration allowed Israel to continue construction in settlements in the West Bank as long as building communities. did not progress beyond Existing footprints. “

The agreement allowed for settlement construction during the Trump era, with projects approved beyond the Green Line more than twice as long as the second term of former United States President Barack Obama.

“NS [Trump-era] The comprehension may well be adapted, but, as of now, it is still the only game in town,” said the official. “[US] President [Joe] Biden only spoke generally about his opposition to the settlement, and his team has not entered into details with us. 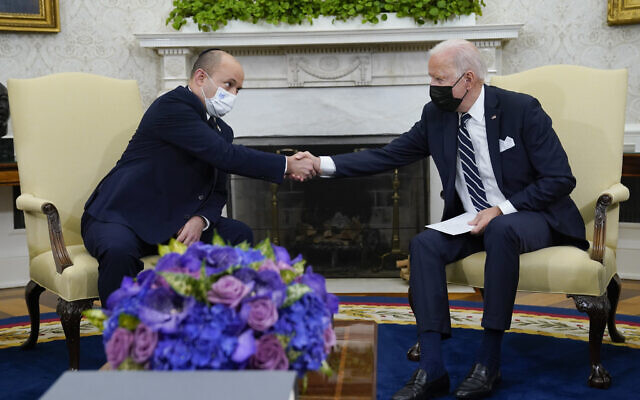 US President Joe Biden (right) shakes hands with Prime Minister Naftali Bennett as he meets in the Oval Office of the White House on Friday, August 27, 2021 in Washington, DC. (AP Photo/Ivan Vucci)

The official said Bennett is aware of the sensitivity of the issue and worked to delay the holding of the civil administration’s planning committee so that it does not coincide with his visit to Washington in August.

At the same time, Bennett made clear in his meeting with Biden that his government would continue to allow existing settlements to be developed, the official said, adding that the prime minister had promised not to occupy any West Bank territory.

The remarks appeared to differ from comments made by a defense official at the Gantz-led Defense Ministry, who told The Times of Israel ahead of the Bennett-Biden meeting that Israel wants to prioritize construction in the so-called blocks. The Green Line, which Israel wants to maintain in any future agreements with the Palestinians.

agencies Aaron Boxerman and Jacob Magid contributed to this report.