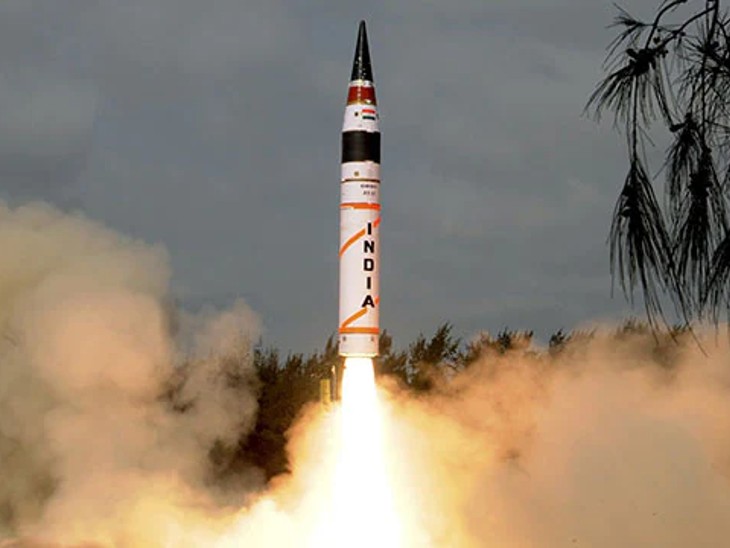 This was the eighth test of Agni 5 which was a complete success.

The country has achieved another major success in the field of border security and missile technology. Agni-5 missile was successfully test-fired on Abdul Kalam Island in Odisha on Wednesday. This missile has the capability to hit targets up to a distance of 5000 km. Under its JD, the whole of Asia including China and Pakistan will come. This was the eighth Test of Agni-5.

It is one of the long-range missiles that India has. Its range is 5 thousand kilometers. The Agni-5 ballistic missile is capable of carrying multiple warheads at once.

It is equipped with Multiple Independently Targetable Reentry Vehicle (MIRV). That is, it can be launched for multiple targets simultaneously.

This missile can carry up to one and a half tons of nuclear warheads. Its speed is Mach 24, that is, 24 times more than the speed of sound.

Canister technology has been used in the launching system of Agni-5. Because of this, this missile can be easily transported anywhere.

The Agni-5 missile is also very easy to use, due to which it can be deployed anywhere in the country. This is the 5th missile of the Agni series.

The 7th test of the missile was conducted on 10 December 2018. Agni-5 was set to be inducted into the army in 2020 itself, but due to Corona, the test got delayed.