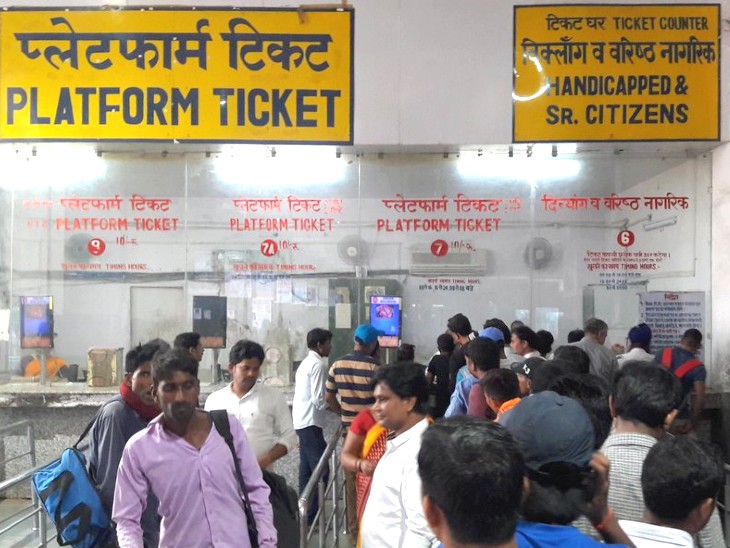 The Jammu and Kashmir Police has seized 52 kg heroin on Thursday. Additional Director General of Police (ADGP) Mukesh Singh said that the police have caught a truck from Jhajjar Kotli in Jammu. 100 crore in this. drug was being carried. According to the DGP, this heroin was sent by Pakistan-based terrorist group to its associates in Jammu and Kashmir.

48 officers reached FRI Dehradun from Delhi, all quarantined after getting 11 infected

There were reports of many people absconding due to fear of being quarantined during the Corona period, but on Thursday, a case of absconding of a Corona positive officer associated with the Indian Forest Service (IFS) has come to the fore.

A team of 48 officers had arrived at the Indira Gandhi National Forest Research Institute (FRI) in Uttarakhand for mid-term training. On doing the corona test, 11 of these officers were found positive. After this all the 48 officers were isolated.

This team had reached Lucknow IIM before coming to Dehradun. After this everyone was sent to Delhi, where everyone had a corona test. The officers left for Dehradun even before the report came, while 6 officers were found positive in the report. Read full news here…

Senior social worker Anna Hazare has been admitted to a hospital in Pune after his health deteriorated. Anna complained of chest pain on Thursday, after which she was admitted to Ruby Hall Clinic. Dr. Avadhoot Bodumvad, Medical Officer of the clinic said that Anna Hazare has been kept under the supervision of doctors. His condition is stable at present. Chief Minister Uddhav Thackeray has also inquired about the health of Anna Hazare.

The screws on social media will be tightened, the bill will be introduced in the parliamentary session from November 29

The news of social media like Facebook, Twitter misusing the data of Indian users keeps on coming day by day. In view of this, the Indian Parliamentary Panel has recommended the formation of a regulatory body to oversee social media platforms and prevent their arbitrary attitude. Also, companies that break the rules can be fined up to 4%. Read full news here…

15-year-old youth entered the Indian border from Pakistan, caught by the army
A 15-year-old youth has been apprehended by the army in Chakan Da Bagh area of ​​Poonch sector. The youth has been identified as Asmad Ali’s father, Mohammad Banaras. He is a resident of Tetrinot village in Tehsil Bagh area of ​​Poonch district, which is part of Pakistan. The army is interrogating the youth. Efforts are being made to find out the reason behind him crossing the border.

India to chair RIC meeting; Foreign ministers of Russia and China will attend

External Affairs Minister of India S. Jaishankar will chair the 18th virtual meeting of the foreign ministers of Russia, India and China to be held together on Friday. According to the Ministry of External Affairs, the foreign ministers of the three countries will discuss the issue of further strengthening trilateral cooperation. Views on regional and international issues will be shared in the meeting. India also chaired the RIC Foreign Ministers’ meeting in Moscow in September 2020. After the meeting, the Foreign Minister of India will hand over the chairmanship of RIC to the Foreign Minister of China.

Gautam Gambhir was sent a threatening e-mail from Pakistan

BJP MP from East Delhi and former cricketer Gautam Gambhir has received death threats. According to the report, investigation has revealed that this threatening e-mail was sent to Gambhir from Pakistan. The system through which this mail was sent, its IP address has been found in Pakistan.

Gambhir received this e-mail at around 9 pm on Tuesday. It has also been said to kill his family members. Along with this, on Wednesday evening also, he was threatened with death through mail. It is written in the mail – ‘Yesterday wanted to kill you, got saved, stay away from Kashmir.’

Malik said – will not do any post against Wankhede family in social media
Today a new twist has come in the defamation case of 1.25 crores filed by Gyandev Wankhede, father of Sameer Wankhede. Minority Welfare Minister Nawab Malik’s lawyer has filed an undertaking in the Bombay High Court making it clear that till the next hearing of the case, i.e. December 9, Malik will not write any tweet or post on social media about the family of NCB Zonal Director Sameer Wankhede. . Read full news here…

Construction work stopped in Delhi due to pollution
The level of pollution in the national capital Delhi has increased once again. Delhi Environment Minister Gopal Rai said that the pollution level was decreasing for the last 3-4 days, but today the pollution level is showing an increase again. In view of this, the construction work is being stopped from today. Along with this, financial help will be given to the laborers. A roadmap is being prepared for this.

The Delhi Assembly’s Peace and Harmony Committee headed by AAP leader Raghav Chadha has summoned actress Kangana Ranaut. Kangana has been asked to appear before the committee on 6th December at 12:00 PM. This summon has been issued regarding the remarks made by Kangana on the Sikh society.

Kangana wrote in a post that- Maybe today the hands of the government were tied due to Khalistani terrorists, but it should not be forgotten that a woman Prime Minister crushed them under her shoes. No matter how much pain he suffered for this country, he had crushed them like mosquitoes at the cost of his life, but did not let the country break into pieces. Not only this, even after decades of his death, even today, we tremble at his name. They need the same teacher.

Shah said – worked to increase infrastructure in Northeast in 7 years

Union Home Minister Amit Shah said that in 7 years, work was done to increase the infrastructure in the Northeast. He said at an event on Thursday, “I can confidently say that by 2024, all the capitals of the Northeast will be connected to the airport. 7 out of 8 states will be connected by rail. Work has also been done to build many national highways.”

WhatsApp’s new feature launched, users will be able to create stickers on their own
Now on WhatsApp you will be able to send your created sticker to anyone. The company has released a new tool for this. You will be able to use this tool on the web WhatsApp. Along with cropping the photo used in this tool, you will also get many options for editing. That is, now you can congratulate people with the sticker you have created. Read full news here…

Hearing on Tripura civic polls was held in the Supreme Court on Thursday. The Court directed the Home Ministry to provide two additional companies of Central Armed Police Forces to ensure free and fair elections in Tripura. SC asks Center and Tripura government to take all necessary steps to ensure security and counting of ballots.

At the same time, the court has asked the print and electronic media to allow unimpeded coverage of the election in the absence of CCTV in the elections. The court said that the State Election Commission and officials should comply with this order.

Parambir Singh reached Mumbai to join the investigation in the recovery case
Former Mumbai commissioner Parambir Singh reached Mumbai on Thursday. He was missing after his name surfaced in a case related to extortion. The hearing of this case is going on in the Supreme Court, in which Parambir has come to Mumbai to attend. Talking to the media, he said that I have come to join the investigation on the instructions of the Supreme Court. I will not say anything right now, whatever I have to say, I will say in the court itself. Read full news here…

Shakti Mill Gang Rape Case; Bombay High Court commutes death sentence of 3 convicts to life imprisonment
The Bombay High Court has commuted the death sentence of three convicts to life imprisonment in the Shakti Mills gang rape case. In 2014, the Mumbai Sessions Court had sentenced the three accused Vijay Jadhav, Kasim Bengali and Salim Ansari to death. The three accused were presented in the court today through video conferencing. A bench of Justice SS Jadhav and Justice Prithviraj Chauhan pronounced his sentence to be commuted.

Fire breaks out in junk shop in Haryana’s Yamunanagar, 4 dead

A fire broke out in a junk shop in Yamunanagar, Haryana. 4 people died in this accident. Fire officer Pramod Kumar said, “It was reported that a fire broke out in the scrap shop. We sent two fire tenders to the spot. When we came here and saw that the fire was very high, 4 more vehicles were called. 4 to the spot. People were reported trapped. After which with the help of local people, 3 children and 1 man were taken out and admitted to the hospital.

‘After the death of his mother, Sameer Wankhede committed fraud about religion’
The series of allegations leveled against the zonal director of NCB by Nawab Malik, the Minority Welfare Minister in the Maharashtra government, continues. On Thursday, Malik shared the death certificate of Sameer Wankhede’s mother Zahida. Through this certificate, Nawab Malik is claiming that Zahida was buried in the graveyard of Oshiwara. After Zahida’s death, the Wankhede family had produced two death certificates. In the first certificate the religion of Sameer Wankhede’s mother has been written as Hindu and in the second the religion of Zahida has been written as Muslim. In the certificate issued by Malik, it is written that Zahida died on April 16, 2015. Read full news here…

The fourth Scorpene-class submarine INS Vela was inducted into the Navy on Thursday. It became part of the Army in the presence of the Chief of the Indian Navy, Admiral Karambir Singh, at the Naval Dockyard in Mumbai. Vela is one of the six submarines of the Scorpene design being built by MDL in Mumbai through technology transfer from French firm Naval Group. It is called the ‘silent killer’ of the sea.

Karambir Singh said, “INS Vela has the capability to undertake the entire spectrum of submarine operations. Given today’s complex security situation, its capability and firepower are critical in enhancing the Navy’s capability to protect India’s maritime interests.” We are closely monitoring the nexus between China and Pakistan. A lot of arms are being exported from China to Pakistan. This will make a big difference to the regional security here. We have to be prepared for this.”