Former India spin ace Harbhajan Singh has backed the idea of Virat Kohli opening the innings after a successful knock on Thursday against Afghanistan. Virat who came out to bat as an opener on Thursday scored his 71st hundred, ending a drought of more than two years without an international ton. Harbhajan has now passed his opinion on the new formation by stating it would be a good idea. India ended its Asia Cup 2022 campaign on high as they beat Afghanistan in their final Super Four game. 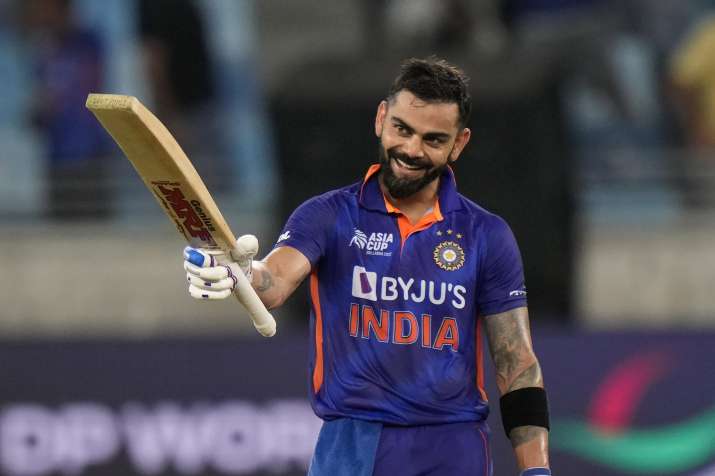 “He has opening his innings even in franchise cricket, even for RCB while he was captaining. When he opened the innings for RCB, he scored 921 runs in one season. So this role is not new to him, he sort of likes that spot,” Harbhajan spoke after Virat scored his ton against Afghanistan.

“Yeah, Virat opening would be a brilliant idea, going forward. But I am not sure if Rahul will stick with that.

Harbhajan then spoke on KL Rahul’s position and thinks he won’t welcome the idea of Virat opening. As things stand, if KL Rahul will be India’s first choice opener with Rohit Sharma. The Indian skipper was missing from the Playing XI on Thursday after he was rested. His absence prevailed the way for Virat Kohli to open the innings for India.

“Indian team needs to see what they need to do going forward whether they want to have a combo of Virat Kohli and Rohit starting the innings and KL bat at No. 3. The management needs to decide whether this can be plan B of plan A. For me, Virat is a top, top player, no doubt about it. So are KL Rahul and Rohit,” he added.

The final encounter in the Super Four saw Virat bring an end to his 1020-day drought for a century at international stage. The former India captain scored 122 runs in 61 deliveries to guide India home. He and KL Rahul put together an opening stand of 119 runs which also saw the stand-in skipper scoring 62 off 41 deliveries.