The Indian men’s football team put up another stellar performance by defeating Afghanistan 2-1 in their second match of the AFC Asian Cup Qualifier. 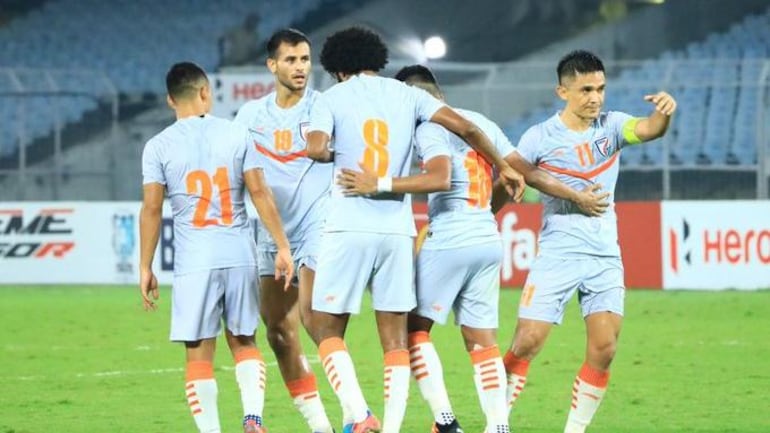 India moved closer to qualifying for the 2023 AFC Asian Cup after Sunil Chhetri’s 83rd international goal and an injury-timed goal from Sahal Abdul Samad helped the Indian football team 2-1 against Afghanistan in the third round match in Kolkata. Won from Saturday.

The win helped India consolidate their position in the group as they look to make a second straight appearance in the Asian Cup and fifth overall, having been eliminated in the group stage in the last edition in 2019.

Denied for 86 minutes, Chhetri put India ahead with a brilliant free-kick from just 20 yards, taking only a few steps to put his shot straight into the right corner of the net to beat the Afghanistan goalkeeper . It was the Indian superstar’s 83rd goal in international football as he closed with Argentina’s second-ranked Lionel Messi among active players.

Chhetri is now sixth on the all-time goalscorer list, and is second only to Portugal’s Cristiano Ronaldo among current international footballers, who has 117 to his name.

Afghanistan leveled within two minutes as Zubair Amiri scored a sensational header in the 88th minute of the match. He was also helped by poor marking by the Indian defenders. The match was heading towards a 1-1 stalemate but Samad had other ideas. After a fine pass from Ashiq Kuruniyan, Samad made some room for himself to hit the ball in front of the Afghanistan goalkeeper, leaving the spectators in a state of frenzy at the Salt Lake Stadium.

India dominated the match for most parts and ended up as the deserving winners. The hosts went on to register a 2–0 win over Cambodia in the first match, while Afghanistan entered the match after losing to Hong Kong. India will play their last match of the qualifier against Hong Kong on June 14.