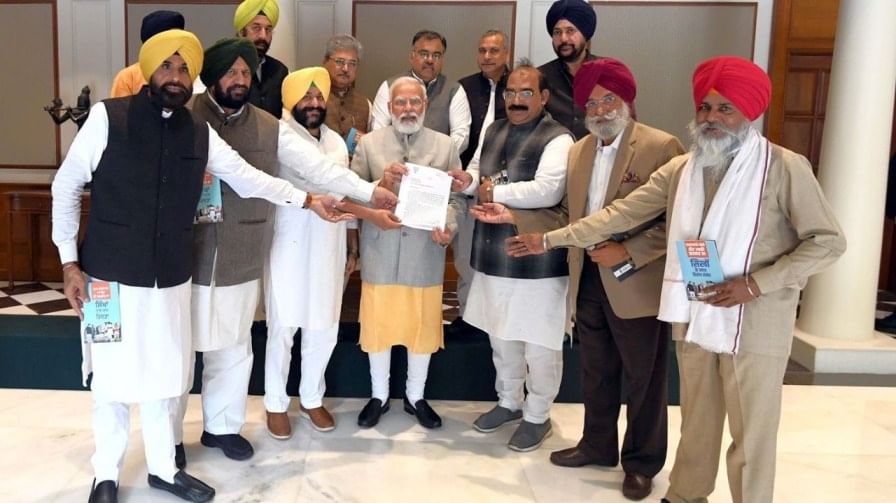 A group of state BJP leaders met Prime Minister Narendra Modi in Delhi on Sunday ahead of next year’s assembly elections in Punjab. The delegation of BJP leaders demanded PM Modi to reopen the Kartarpur Sahib route and submitted a memorandum related to it.

According to media reports, in this meeting with PM Modi, many important issues including farmers’ agitation, preparation for assembly elections and Kartarpur Corridor are likely to be discussed. Earlier on November 7, in the meeting of the National Executive, the party presidents of all the election states had given details of the works to the Prime Minister.

Last week, Punjab BJP president Ashwini Sharma had said that the BJP would contest all 117 seats in the assembly elections to be held next year. During his address at the national executive meeting, BJP President JP Nadda, as part of efforts to uplift Sikhs, took action against those accused of 1984 riots, excluding langar from GST and allowing FCRA grants for Sikh organizations. The steps were mentioned.

In the last election, BJP got only 3 seats.

In the 2017 assembly elections, the Congress won a majority by winning 77 seats and ousted the Akali Dal-BJP coalition government after 10 years. In the elections, the Aam Aadmi Party (AAP) emerged as the second largest party by winning 20 seats. On the other hand, Shiromani Akali Dal (SAD) got only 15 seats and BJP got 3 seats.

Also read- MP: RT-PCR test will be done before welcoming PM Modi, negative report is necessary for 110 ministers and MLAs including CM

Also read- Khurshid’s clarification on book controversy and taunts BJP: ‘I wrote- Hindutva-ISIS are not the same, what should I do if their English is weak’