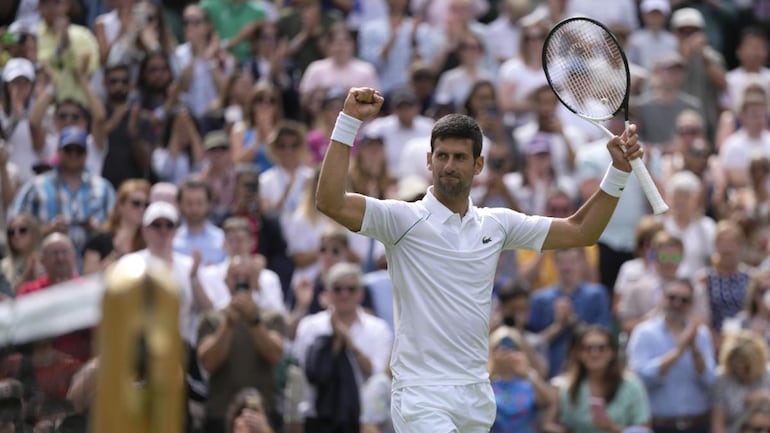 Novak Djokovic of Serbia was delighted with his performance after defeating Thanasi Kokinakis of Australia in a second round match at Wimbledon 2022 on Center Court on Wednesday, June 29. Djokovic dominated the youngster from the start and won the match 6-1, 6-4, 6-2.

Djokovic broke the Australian star’s serve five times and completed the match in two hours. With the win, the No. 1 seed extended his winning streak to 23 in SW19.

“I am very pleased with my performance today. I thought I started very well, very strong from the back of the court, forced him to work every point that I managed to get his serve back into the game. I Tried to work him around the court, adding a lot of variety to the game,” Djokovic said after the match.

Djokovic admitted that serving was not easy due to the windy conditions at the venue, but he was satisfied with how he played against world No. 79.

“It was not easy to serve because of the wind; it was very windy on the court today, the ball was very hard to toss. But I think, overall, really high quality performance from my side and I am very happy ,” He said.

“I must say that I am very happy with the way I raised the level of tennis in two days. Hopefully I can maintain that trajectory, I’ll keep getting better as the tournament progresses. I am obviously just thinking about the next challenge and hopefully things get better and better,” Djokovic said.

In the first round match, Djokovic had a tough fight against Kwon Soon-woo of South Korea, but he managed to win in a thrilling four-setter.

Djokovic will next face his compatriot Miomir Kekmanovic in a third round match on Friday, July 1.