Priyanka Chopra is spending time to bond with her daughter Malti Marie. Before the global star is engrossed with work commitments, the actress is making sure to make the most of her time with the toddler. On Tuesday morning, PeeCee took to her Instagram Story to I’ve fans yet another glimpse of her Malti. However, just like in the previous photos, she covered her face with a heart.

In the adorable photo, Priyanka was in a playful mood with Malti. She is seen holding her daughter in her arms as she lifts her up in the air. The actress sports a gleeful smile and the photo is just perfect, to say the least. PeeCee captioned it as, “My whole” and added a heart emoji. Take a look at Priyanka Chopra’s daughter’s photo here: 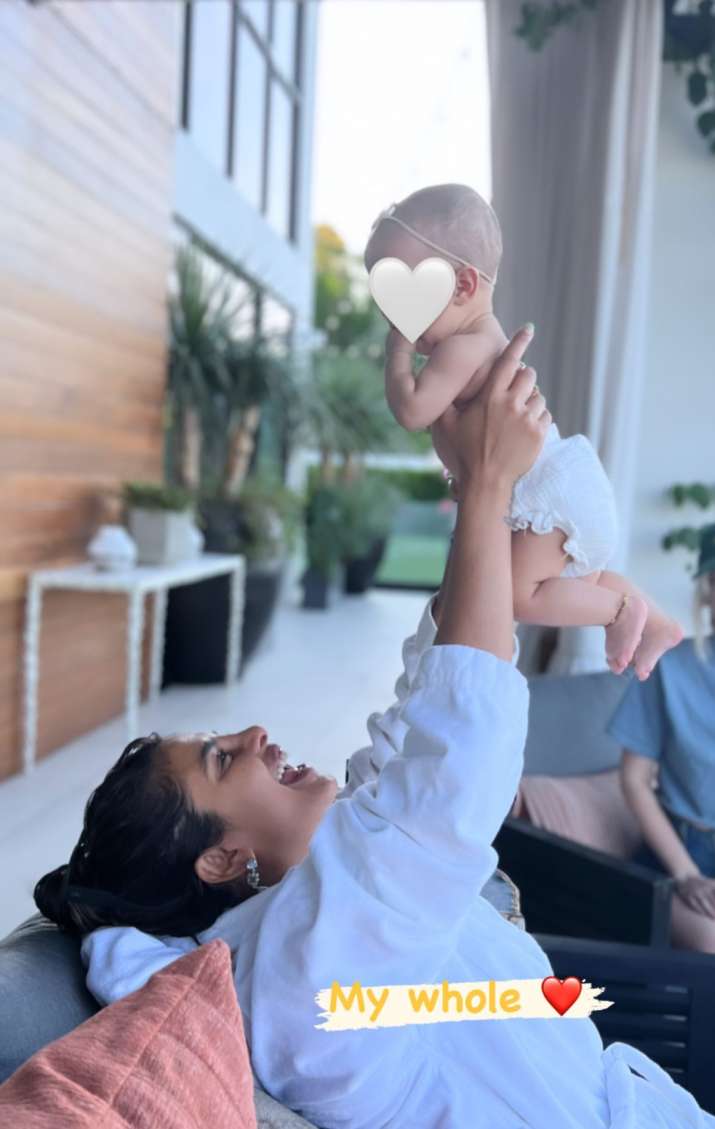 On January 22, Priyanka and her husband Nick Jonas announced that they are now parents. “We are overjoyed to confirm that we have welcomed a baby via surrogate. We respectfully ask for privacy during this special time as we focus on our family. Thank you so much,” the couple wrote in a joint Instagram statement at the time.

On the work front, Priyanka was last seen in ‘Matrix 4’. Next, she will be seen in international projects such as ‘It’s All Coming Back To Me’, and the series ‘Citadel’. Produced by Russo Brothers, ‘Citadel’ will hit the OTT on Prime Video. The upcoming sci-fi drama series is being directed by Patrick Morgan and stars Richard Madden alongside Priyanka.

In Bollywood, she will be starring with Alia Bhatt and Katrina Kaif in Farhan Akhtar’s ‘Jee Le Zaraa’, which promises to be another tale of friendship following the lineage of ‘Dil Chahta Hai’ and ‘Zindagi Na Milegi Dobara’, both of which have become cult classics over the years.’Jee Le Zaraa’ is reportedly going on floors around September 2022 and will be ready for release in the summer of 2023.