The J-10C is considered a capable workhorse of the Chinese Air Force, but falls below the state-of-the-art capabilities of the Rafale. 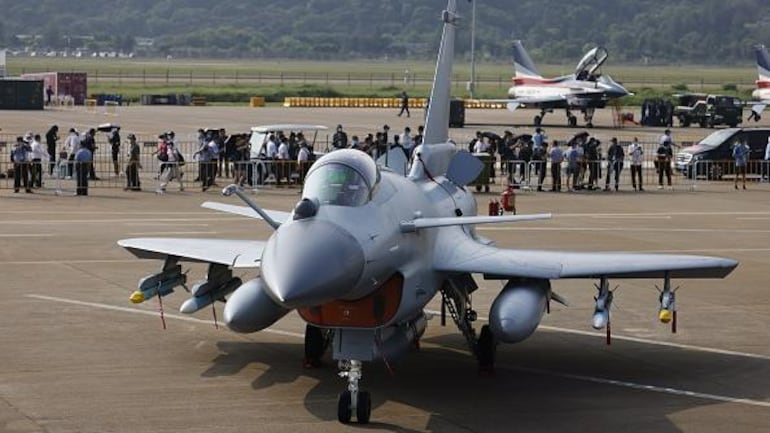 Putting an end to speculation, the Government of Pakistan has confirmed the acquisition of at least 25 Chinese J-10C fighter jets for the Pakistan Air Force (PAF). Pakistan’s Interior Minister Sheikh Rashid told reporters in Rawalpindi on Wednesday that a squadron of 25 Chinese-made jets would participate in the flypast on March 23. The minister described the Chinese jet as “India’s answer to Rafale jets”.

However, the minister repeatedly misspelled the name of the jets during their conversation, referring to the jets as “Chinese JS-10”. While the rumors of Pakistan acquiring Chinese jets have been doing the rounds for a long time, a big question mark remains over claims of Chinese jets’ capability against the advanced French Rafale.

Although China has been using J-7C multirole fighter aircraft to replace its older J-7E fighters in the People’s Liberation Army Air Force (PLAAF) brigades, it has taken its much-improved J-20 when it comes to surveillance. Stealth Jet relied on. Important Taiwan Straits and East China Sea.

An Air Force aviation brigade under the PLA Eastern Theater Command is equipped with J-10C fighters, while the original J-7 fighters have been retired. pic.twitter.com/d2MpC0CHM7

The J-10C is considered a capable workhorse of the Chinese Air Force, but falls below the state-of-the-art capabilities of the Rafale. Commentary in Chinese state media often attempts to position the mid-sized fighter jet closer to the Rafale, but the Rafale’s integrated architecture, improved sensors and overall combat capability set it apart.

With a distinct advantage in thrust and better short-range missile, the Rafale scores over the J-10C with a better kill probability during greater visual range (WVR) combat. The combination of the RBE2 AESA radar with the Meteor missile in the Rafale provides a distinct advantage in Beyond Visual Range (BVR) warfare as well. The electronic warfare suite of Rafale is also considered to be the most capable in its class.

The J-10C jet has been recently spotted during the China-Pakistan joint air exercise. Weeks before the formal announcements, the J-10C model was seen in photographs from the office of the Pakistan Air Force Chief.

The opposition has already raised questions on the intention of the Imran Khan government to acquire Chinese jets. Dr Afnan Ullah Khan posted on Twitter earlier this month, “I don’t think the J-10C is as good as the Rafale. We should have invested this money in building Project Azam and enhancing the JF-17 capabilities.” “ US puts 8,500 soldiers on high alert amid Russian tensions