New Delhi: Ranveer Singh’s appearance in Netflix’s ‘Ranveer Vs Wild with Bear Grylls’ has been well received by the audience. He went on a lot of adventure with Bear Grylls on the show. Ranveer is a powerhouse of energy – be it during film promotions or appearing in shows like ‘Koffee With Karan’.

Known to be over-spirited and affectionate, Ranveer has become the subject of memes on Twitter. Without giving any spoilers, let’s move on to the part of the show that has kicked off a meme fest on Twitter!

A video of the show has now gone viral. In this, Ranveer is seen repeatedly kissing Bear Grylls on the cheeks. People shared the video and also did funny virtual commentary on Twitter. Here’s a look at some of the reactions:

However, the show has received mostly positive responses from the audience. On July 9, Ranveer thanked all his fans for liking the show. He said, “I personally thought it was great and I am really happy with how it landed and is being received so well by the audience. Yes, it was an experiment for me and I am really happy about it. I was unsure if it wouldn’t work. To be honest, the good guys at Netflix and Banijay were a lot more confident than me. But when we went out and we shot it and I saw the results, I was like wow, Even I was thoroughly entertained by it.” 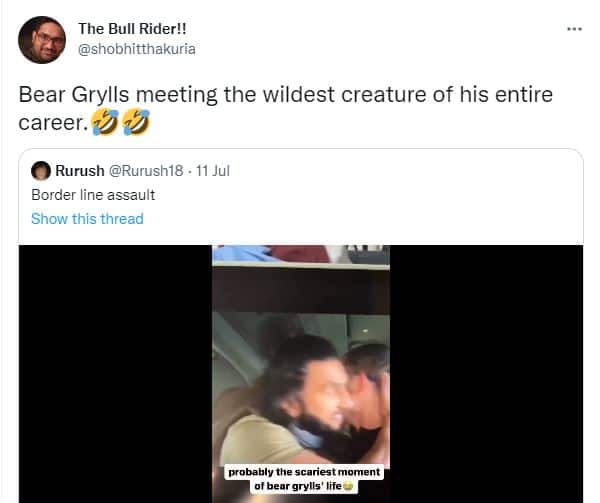 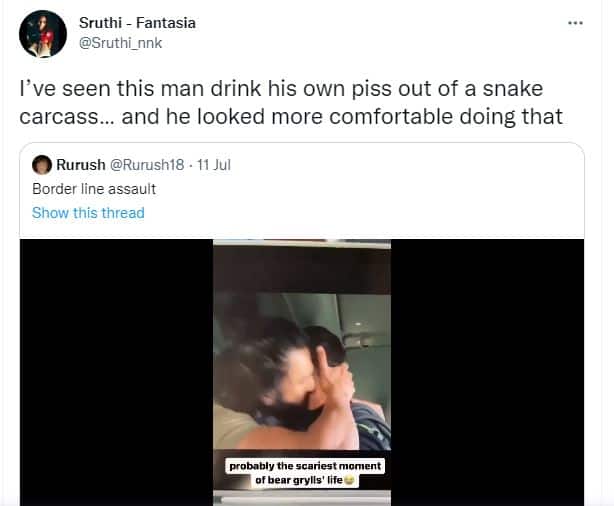 “I remember reacting instinctively in the room telling Banijay and the Netflix teams that it’s there because it’s all novel. The audience is taking part in the journey. I am really happy that the experiment which was meant for me is working so well.” Ranveer said. 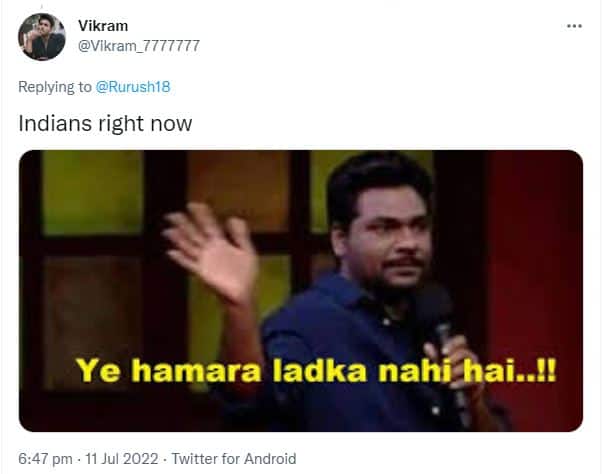 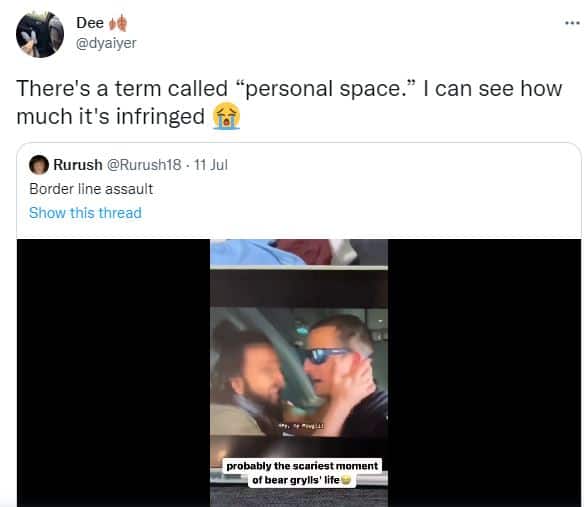 He further shared his experience working with ‘Jungle King’ Bear Grylls and said, “My first thought was how great it would be to go into the jungle, something I had never done before. I am so grateful that It was with Bear Grylls who is the king of the jungle. He is the ultimate master of survival game. There is so much to learn from him. It would not have been an experience, and the show would have been nothing without Bear.”

Bangladesh fined for slow over-rate in second ODI against Zimbabwe

‘We Still Look to Beat Australia, Whereas They Look to Create Their Own Paths’