In the summer of 1991, decades-old bones and skulls were found by a man near an abandoned well of a pump house at Mirpur Jalladkhana (Butcher’s Den) in Dhaka, prompting the Liberation War Museum and the Bangladesh Armed Forces to undertake excavations. spot. What they discovered sent shivers down everyone’s spine.

More than 70 skeletons and over 5,000 bones were discovered, bringing to the fore one of the most brutal massacres of Bengalis by the Pakistani army and Biharis (pro-Pakistan Muslims) in 1971.

The criminals shot thousands of people, beheaded them and dumped their bodies in a well near a pump house, which had been abandoned for years. However, the ravages of time have not been able to erase the marks of torture present at the site. Scattered bones and skeletons were found at the site of a massacre perpetrated by the Pakistani army during nine months of Bangladesh’s Liberation War in 1971. 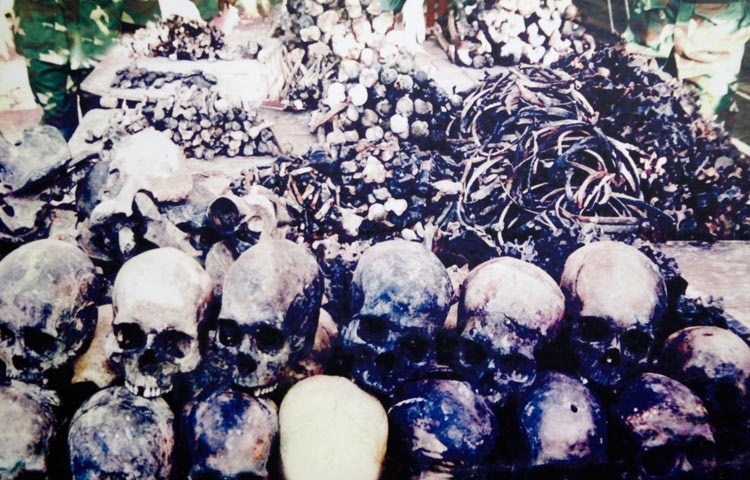 During the freedom struggle, Muslim Biharis (who migrated from Bihar to Bangladesh after 1947) inhabited the areas of Mirpur and converted them into slaughterhouses. Bangladesh became independent in 1971 but the siege of Mirpur continued. It was liberated only on January 31, 1972.

The Bengalis were mercilessly tortured for about one and a half months. The Pakistani army and their local collaborators with the help of non-Bengali Biharis, Razakars, Albadars and Alshams killed many Bengalis and left their bodies in septic tanks and wells. Many of these were beheaded in front of the well of the pump house in Mirpur and their bodies were thrown into a pit filled with water nearby.

Originally there were two wells inside and outside the pump house. One was very deep and the other relatively shallow. Near the second well the Bengalis were beheaded and their heads and bodies were thrown into a deep well. It is believed that famous filmmaker Zaheer Rehan was also murdered here and his body was thrown into the well.

The Liberation War Museum built a memorial on the spot and left the pump house as it was. The names of all 400 places of mass killings are inscribed on the marble tracks here. This reminds us of the nefarious designs of the Pakistan Army to wipe out Bengalis and Hindus from this land. The Pakistani occupation forces made every effort to crush the brave resistance put up by the people of Bangladesh against discrimination, injustice and killings. And in the end his courage won. There is a bell named ‘Sentiment Bell’ at the entrance of the site, which is rung by the visitors to pay homage to the martyrs. Another massacre site was seen in Savar in 1974, where two trucks loaded with skeletons were found. It is a reminder of one of the most brutal chapters in history.

Bangladesh emerged on the world map as an independent country on December 16, 1971, through an armed struggle against the Pakistani army, which tried to wipe out the country through diabolical genocide. The Father of the Nation, Sheikh Mujibur Rahman (Bangabandhu) promptly prosecuted those who had committed crimes against humanity during the Liberation War. However, his assassination in 1975 turned the tide as pro-Pakistan military dictators gave a clean chit to the war criminals and let them off.

The Awami League came to power in 2008 with an election pledge to prosecute war criminals. A top figure in the terrorist organization Jamaat-e-Islami, a notorious Islamist leader, Kader Mollah was sentenced to death by the International Criminal Tribunal for the Killing of innocent people in Mirpur. The mullah, who slit the throats of a pregnant woman, two minor girls as well as countless others, came to be known as the ‘Mirpurer Kashai’ (Butcher of Mirpur).