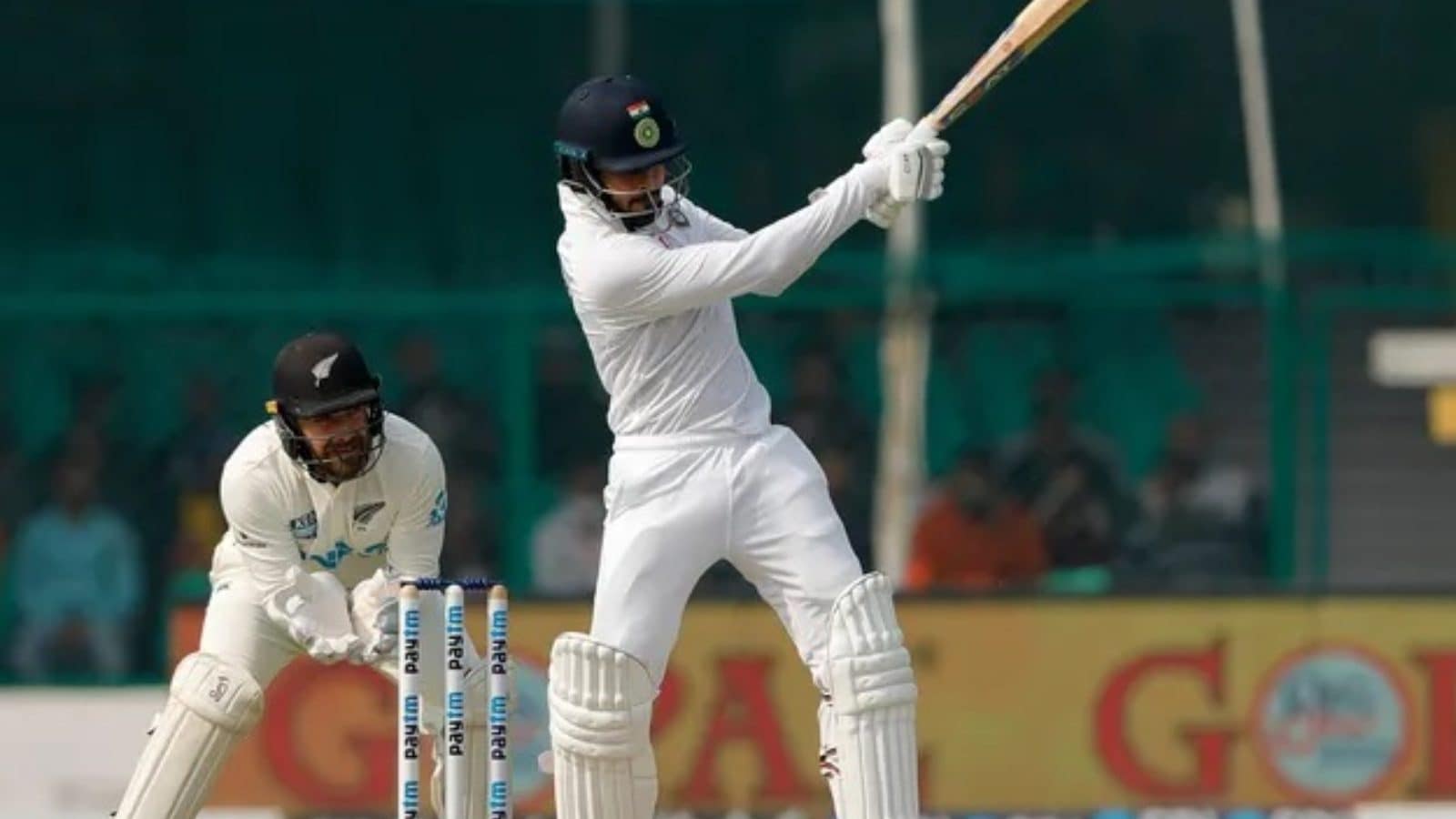 Kyle Jamieson struck straight for the Kiwis as he removed Shubman Gill’s set and later took the prized wicket of Ajinkya Rahane, while Southee dismissed Pujara. New Zealand were in a commanding position but could not manage to put India completely on the back foot after the second session as it was difficult for them to get wickets. Ejaz Patel kept spraying the ball down leg to take some turns but the Indian batsmen did not bother in the slightest. He immediately took the new ball and bowled a few overs but bad light meant the umpires had to call it a day.

In the first session both the teams kept their word, but India were a bit on top at lunch, then New Zealand dominated in the second session and, of course, the third session was India’s. They will be very happy with what they have got on the board and the dressing room also applauds Shreyas Iyer and Ravindra Jadeja who are unbeaten on 113-run stand.

The umpires have decided that the light is not enough to continue and hence, it will be the first day’s stumping!

It is proving to be a good season for India with Shreyas Iyer collecting boundaries. He hit a half-century on debut to stake his claim in India’s Test squad, and in the process stitched a fifty-run partnership with Ravindra Jadeja for the fifth wicket. New Zealand bowlers have not got any help from the old ball and they will be eagerly waiting for the new ball now.

Kyle Jamieson made a solid start for New Zealand when he took the wicket of opener Mayank Agarwal in the first hour of the morning session. However, Shubman Gill and Cheteshwar Pujara then went through that nervous phase with a fifty-run partnership to help India recover from that initial blow.

Rahane-led India will switch to Test mode from today after playing T20 cricket with the IPL, the T20 World Cup and the recently concluded series against New Zealand. The two teams last met in the final of the ICC World Test Championship, where the Kane Williamson-led outfit defeated India to become the inaugural champions.

The Black Caps are the world test champions. The team had rested some key players in the T20I series and will be included in the squad for a possible fresh start. While New Zealand have been impressive in all three formats recently, they have a disappointing record on Indian soil. The Kiwis have not won their last two Test series in India (2012 and 2016) and they will look to improve that record this time around.

Team India is a formidable Test match organization and has been dominant in the longest format in home conditions. The hosts will be eager to avenge their 2-0 whitewash during the tour of New Zealand and the World Test Championship final defeat. The team will be led by Test veteran Ajinkya Rahane as regular skipper Virat Kohli has been rested for the first Test.

KL Rahul will be completely ruled out of the Test series for India due to a thigh injury. Suryakumar Yadav will replace the opener in the team. Kohli has been rested from the first Test, while Rohit Sharma, Jasprit Bumrah, Mohammed Shami and Rishabh Pant will not be available for the Test series.

When will the 1st test match England (England) vs India (IND) start?

The match is to be held on Thursday 25 November.

Where will the 1st test match England (England) vs India (IND) be played?

The first test match will be played at Green Park, Kanpur, UP.

At what time will the first test match England (England) vs India (IND) be played?

The match will start at 9:30 am Indian time.

The India vs New Zealand Test series will be telecast on Star Sports Network.

How can I stream India vs New Zealand 1st test match?

The India vs New Zealand 1st Test match is available to stream live on the Disney+ Hotstar app and website.