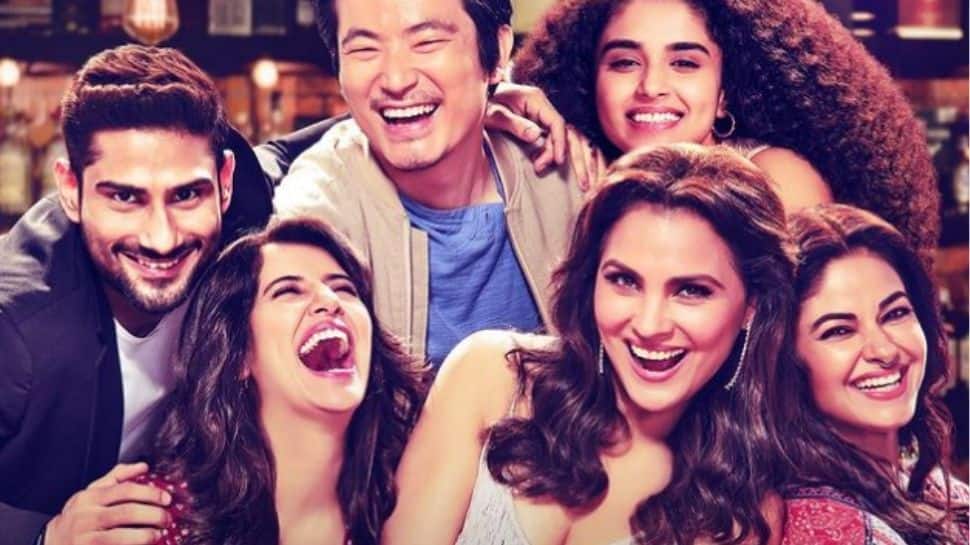 Lara Dutta Vasudha Rao, a 39-year-old divorcee, is actively looking for ‘Fun with a Capital F’.

After deciding to separate from her cheating husband, Vasu re-enters the world of dating after 20 years but a lot has changed since then. However, she has her charming, sometimes believable younger brother Akhil Rao, played by Prateek Babbri, with him.

Akhil is gentle, witty and co-founder of a dating app Ketchup, which he openly calls a sham but can’t stop using it like most dating app users.

Although at times, he intentionally puts his sister Vasu in embarrassing situations, leading to sticky but hilarious situations that, when she is down and exhausted, he is always there to pick her up. .

That’s why Prateik and Lara’s brother-sister relationship is quite remarkable in the show. It is heartwarming, funny and realistic which is what makes it so enjoyable to watch.

Apart from Prateek, Lara can rely on her work bestie Fatima aka Fatty, played by Meera Chopra, to encourage her to bring out her wild side and go for a sexual escape.

Shenova, who plays Lara Dutta’s 18-year-old daughter K, is a college student eager to explore the realm of sexuality.

She is laid-back and shares a close bond with her ‘mamu’ and mother, and is not at all afraid to ask for what she wants.

Writer Indira Bisht has added astonishing depth to each character, effectively engaging the audience in the show from the very first episode.

Lara Dutta, Prateik Babbar and Shinova brilliantly bring to life the reality of modern relationships and it is refreshing to see how differently their characters tackle the quest to find love.

The dating world is a struggle of painful first dates, dry dating app conversations, and awkward hookups, but this trio is brave enough to step into the battlefield over and over again, hoping to find the ‘one’.

Set in Bengaluru, the web series ‘Hitchcks & Hookups’ lives up to its name and is a must-see for modern dating. The series, which released on November 26, is currently running on the Lionsgate Play platform.