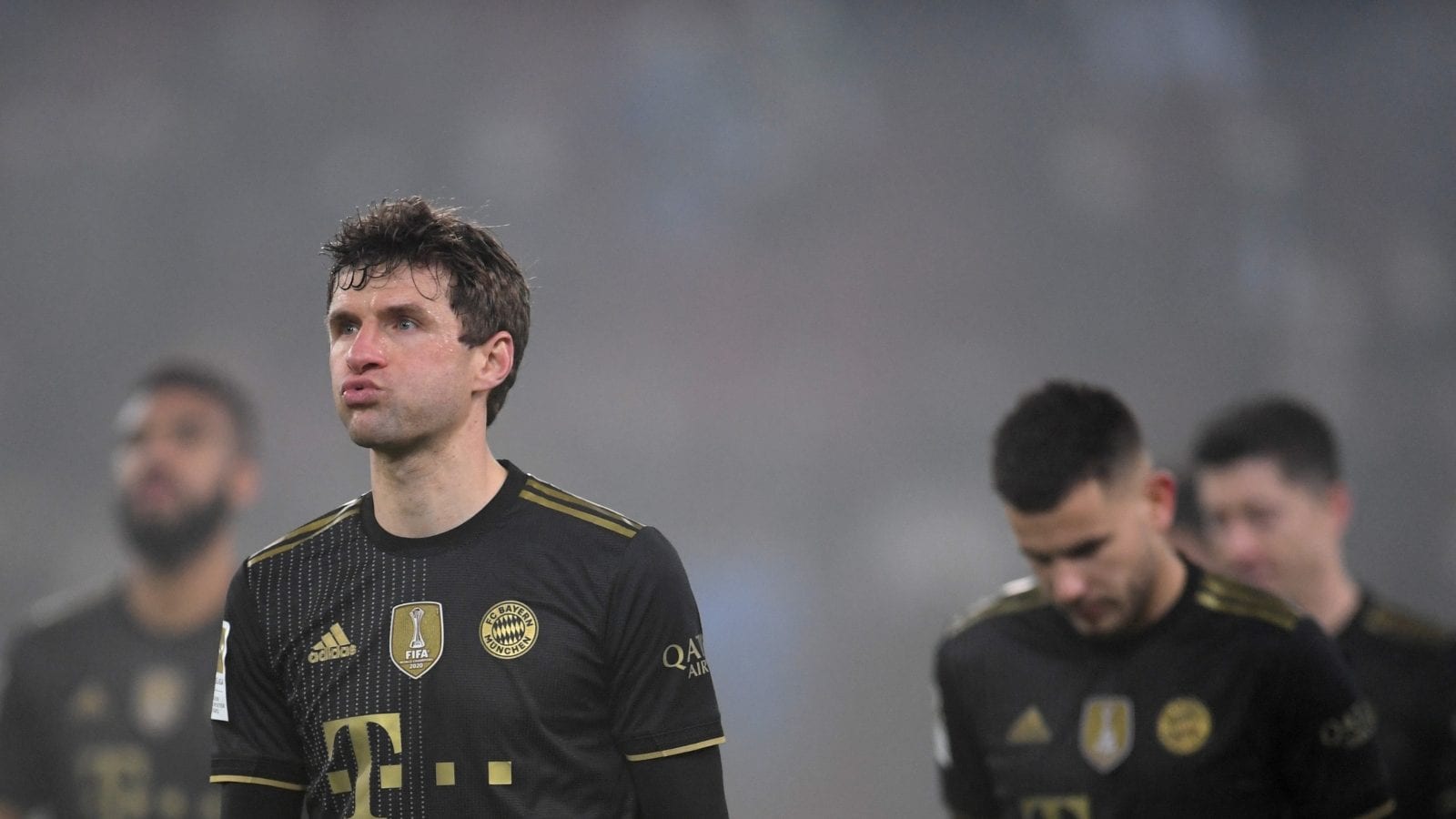 Bundesliga leaders Bayern Munich crashed into a 2-1 loss on Friday in struggling Augsburg without Germany midfielder Joshua Kimmich, who returned to quarantine after contact with someone who tested positive for Covid-19. has gone. Goals from Mads Pedersen and Andre Hahn put Augsburg 2–0 ahead and although Robert Lewandowski claimed his 14th goal in 12 league games, it was not enough to save Bayern. “We deserve to be trailed in the first half,” Thomas Müller told DAZN after his 600th appearance for Bayern ended in disappointment. “We gave the possession, dealt the cross badly. It’s a bitter blow to us and our confidence.”

The Bundesliga leaders suffered only their second league defeat this season and their third defeat in all competitions, while Augsburg survived the bottom three.

There was a thick fog at the Augsburg Arena, but the hosts were very clear with their game plan.

Brazilian left-back Iago wreaked havoc on the flank as Augsburg, who were third from the bottom before kick-off, took a 2-0 lead.

Iago swam in a cross for Swiss striker Andy Zekiri, who held the ball to Pedersen after 23 minutes to drill his first Bundesliga goal in front of Manuel Neuer.

With Kimmich only to be released from home quarantine on Tuesday after seeing him again at home, Bayern were struggling in midfield.

Augsburg doubled their lead to the delight of home fans when Kimmich’s replacement Marcel Sabitzer lost possession and Iago again swung into a cross, which Hahn went home on 36 minutes.

Bayern responded when Thomas Müller deftly threw the ball in the path of Lewandowski, who drilled his shot home despite Augsburg goalkeeper Rafal Gikiewicz getting a glove on the ball.

With Bayern down 2-1 on the break, Julian Nagelsmann plugged the momentum on the flanks by bringing on right-back Alfonso Davies – whom Müller nicknamed the ‘Bayerns Road Runner’.

The fleet-footed Canadian blocked Augsburg’s attacks on the flank and had two clear chances, but with twenty minutes to go, Nagelsmann added a second striker with Erik Maxim Chopo-Motting with Lewandowski.

As time went on, Lewandowski was denied a major save from Gikiewicz as Augsburg held on for their first win over Bayern since 2015.