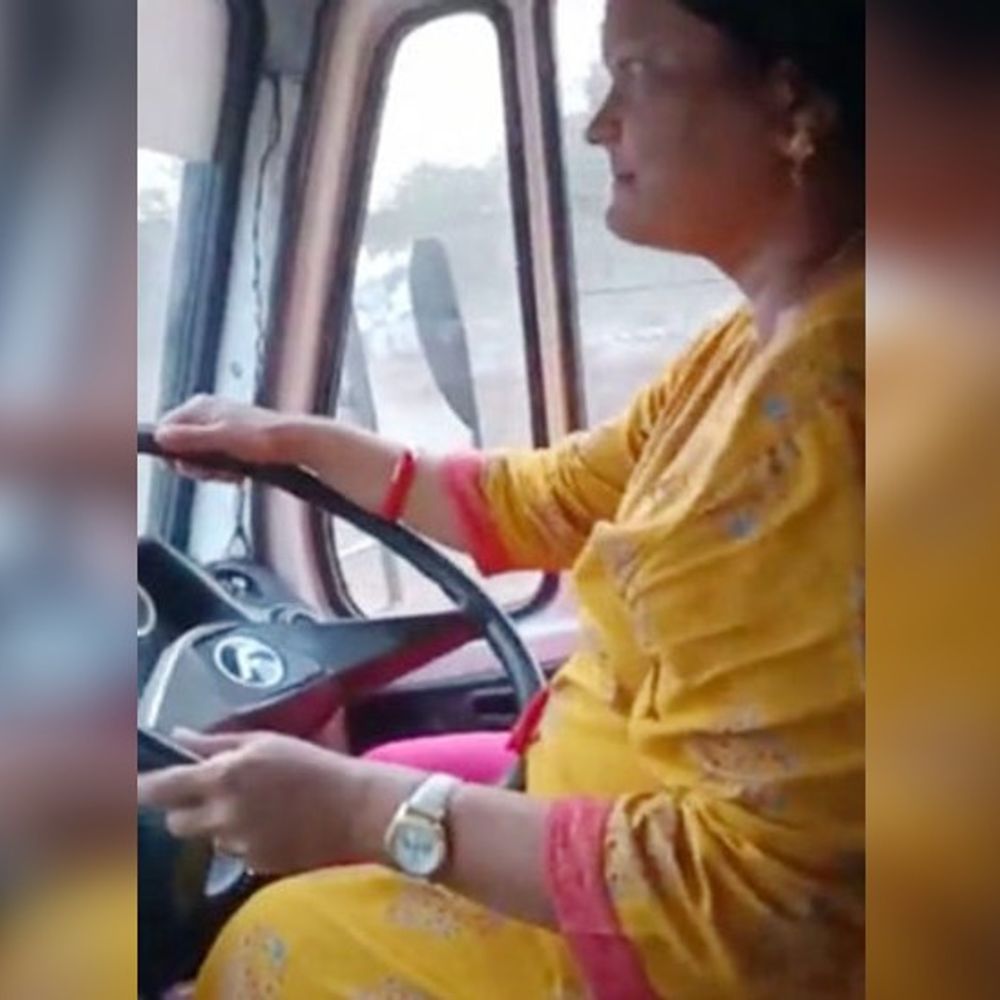 A woman saved the lives of two dozen people due to her agility. The driver of a speeding bus on the road in Pune suddenly had an epileptic attack. He fell down. Uncontrollably, a woman traveling in a bus falling into a ditch quickly handled the steering and saved the lives of about 24 people on board. A video of the woman has also surfaced, in which she is seen driving the bus.

This feat of bravery has been done by Yogita Dharmendra Satav, a resident of Pune. Yogita not only took all the passengers on the bus to their destination safely, but also took her driver to a private hospital for treatment. Yogita told that I knew how to drive a car, but I had never driven a bus. Seeing the life of the driver and other passengers in danger, I made them to the side and then taking the command of the bus in my hand, first took the driver to the nearby village and other passengers to the destination.

The driver was taken to the hospital on time
According to the information, a group of 23 women from Wagholi, Pune had gone for a walk in Morachi Chincholi of Shirur taluka on 7 January. Then suddenly this incident happened. In this situation, the way Yogita took command of the bus and saved the lives of the driver and other women, she is being praised all around. Yogita herself brought the bus to the next village. Here the driver was treated in a private hospital. At present his condition is fine and doctors say that he will be discharged soon.

Yogita was honored
Yogita told that she drove the bus for 10 kilometers and took all the people in it to a safe place. Former sarpanch of Wagholi village, Jayshree Satav Patil, along with her colleague and picnic organizer Asha Waghmare, paid her respects by visiting Yogita Satav’s house. Jayshree Satav said that many women drive four wheelers, but the work done by Yogita Satav of Wagholi to drive the bus in critical condition is really an act of courage. He proved that women are not weak at any level in the society.