Tunis, Tunisia (AFP) – Tunisians on Saturday overwhelmingly boycotted elections for a new parliament that will have virtually no powers after President Kais Saied seized power in the birthplace of the Arab Spring.

Farooq Bouskar, chairman of the Electoral Board, said that by the time polling ended at 6:00 pm (1700 GMT), just 8.8 percent of the nine million-strong electorate had cast their votes.

This would be the lowest turnout in any election since the Revolution.

Opposition groups boycotted the election, saying it was part of a “coup” against the only democracy to emerge from the 2011 insurgency across the region.

Bouasker acknowledged that turnout was “modest”, but said this could be explained by “the absence of foreign financing, unlike previous elections”.

“It was the cleanest election with no vote-buying,” he said.

Preliminary results are expected on Monday. 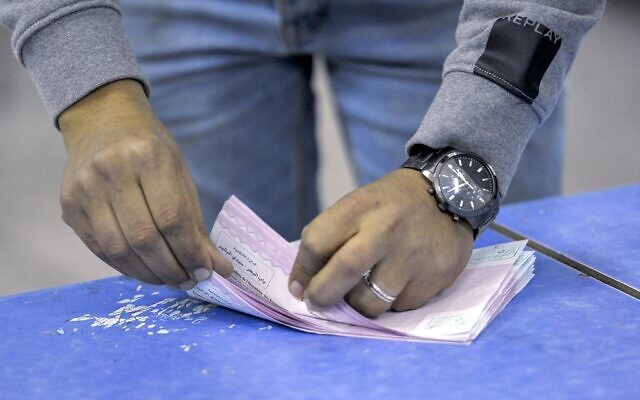 An ISIE agent begins counting ballots at a polling station in Tunis on December 17, 2022, during the parliamentary election. (Yasin Mahjoob/AFP)

The National Salvation Front, the main opposition coalition that includes Ennahdha, described the low turnout as “seismic”, and called on the president to bring all political forces together for consultations.

The vote took place after three weeks of a barely noticeable campaign with few posters in the streets and no serious debate among the public for day-to-day economic survival.

It comes nearly a year and a half after Sayeed deployed military vehicles to suspend parliament following months of political deadlock and economic distress by the coronavirus pandemic.

His usurpation was feared for the democracy that began after the ouster of dictator Zine El Abidine Ben Ali.

In the poor central town of Kasserine, 40-year-old Mohammed Jaridi said he was boycotting the vote.

“I have no faith in the political class,” he said. “They’ve used us as lab rats for all kinds of polls while the economy gets worse and worse.” 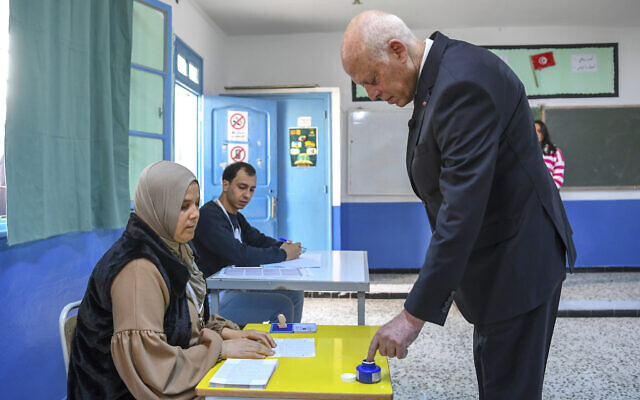 Tunisia expert Youssef Cherif said that even though the turnout was just nine percent, the parliament to be elected is “more democratic and representative than all previous parliaments in the country’s history”.

Syed, a former law professor, used the July referendum to push a new constitution that would give the presidency almost unchecked powers while laying the groundwork for a rubber-stamp legislature.

On Saturday, he told voters that Tunisia was “breaking ties with those who are destroying the country.”

“Those who are elected today must remember that their voters are watching them, and if they do not act, their mandate will be taken away,” he said at a polling station in a cozy district of Tunis.

But on Friday many Tunisians feigned indifference.

In the polluted phosphate-mining center of Gafsa, Aycha Smari said she voted partly because of the symbolism of the date, 12 years to the day when street vendor Mohamed Bouzizi died in an act of protest that triggered the Arab Spring. had burnt himself.

But 55-year-old Abdel Kader Talijani said he was boycotting the vote.

Subsequent governments “killed the revolution and killed our dreams,” he said.

In the capital, Ridha, a 59-year-old engineer, called the vote a “farce”.

“This president has let us down and is dragging us down the drain,” he said, declining to give his full name.

Said’s moves against an unpopular political system were initially supported by Tunisians tired of the messy and sometimes corrupt democratic system established after the revolution.

But after about one and a half years, the economic plight of the country has turned from bad to worse. 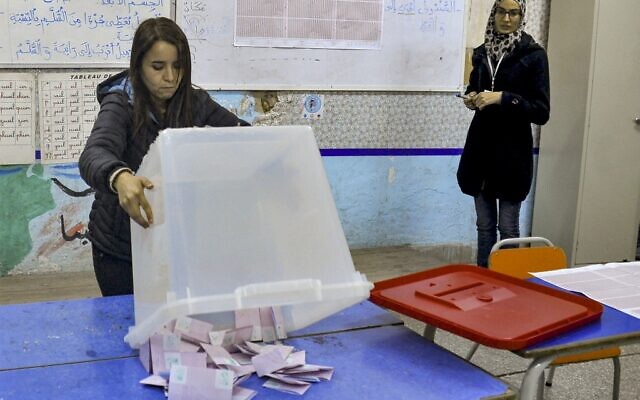 A Tunisian election authority agent begins counting ballot papers at a polling station in Tunis on December 17, 2022, during the parliamentary election. (Yasin Mahjoob/AFP)

Inflation is around 10 percent, and persistent shortages of milk, sugar and petrol are fueling a growing wave of emigration.

The previous legislature had far-reaching powers in the mixed presidential-parliamentary system enshrined in Tunisia’s post-revolutionary constitution.

Political scientist Hamadi Radici said, but the new chamber “will not be able to appoint the government or condemn it, except under very stringent conditions, which are almost impossible to meet.”

Candidates were required to stand as individuals, in a system that impotent political parties, including Syed’s nemesis, the once-powerful Islamist-leaning Ennahda party.

Analyst Hamza Meddeb said the election was “a formality to complete the political system imposed by Kais Saied and concentrate power in his own hands.”

Almost all political parties in Tunisia, including Ennahda, boycotted the vote.

15 Best Galentine’s Day Gifts for Your BFFs Under $50