Herzog issued the warning at a ceremony for International Holocaust Remembrance Day, which has been marked every 27 January since UN member states designated it as a memorial day in 2005. The date was chosen to mark the anniversary of the liberation of Auschwitz.

“While much has been done, it is worryingly clear that 77 years after the liberation of Auschwitz, the shock is waning,” Herzog said during the event in Yad Vashem. “We are seeing an increase in anti-Semitic attacks online; normalization of anti-Semitic terminology in the mainstream media; and the launch of a social media platform re-focusing Jewish hatred for new, younger audiences.

“We see how the fundamentalism and anti-Semitism of the present day is ignored for economic or political gain. And, perhaps most disturbing, we see how the trivialization of truth about the past is done, and alternative facts are eroding history,” he said.

Herzog said the Holocaust was “not a disputed footnote in history” but “the most horrific attack humanity has ever faced,” and it was the duty of all people to celebrate it.

“When we fail to strengthen our pledge ‘Never Again’, we are disregarding the debt of our past and losing our rights over our future,” he said.

The president noted that there are increasingly fewer Holocaust survivors, partisans, and people who helped flee Jews who are able to provide direct accounts of the genocide committed during World War II.

“In a few years time, it will be our duty to never forget. The onus will be entirely on us to tell our children’s children about the horrors of the Holocaust, to warn them about the dangers of anti-Semitism, hatred, racism and intolerance,” he said. 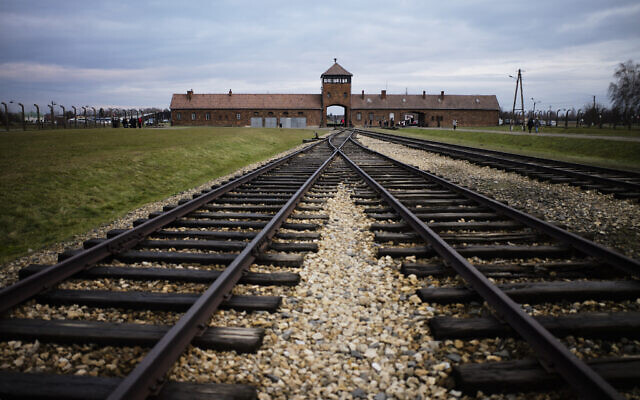 The railway track to which hundreds of thousands of people were directed to the gas chambers, inside the former Nazi death camp of Auschwitz Birkenau or Auschwitz II, on December 7, 2019, in Owicim, Poland. (Markus Schreiber/AP/FILE)

He urged all countries to adopt the International Holocaust Remembrance Alliance’s definition of anti-Semitism, “which clearly describes what hatred of Jews looks like.” UN Secretary General ruffled around announcing the adoption of the IHRA definition during an event on Thursday.

“We must make it clear to all radical regimes that they will never be treated as legitimate members of the international community until they end their calls for genocide and support for terror,” he said. When blatant human rights violators attempt to use the United Nations or other international forums to hide or advance their crimes, we must not let political considerations mute our moral compass and prevent us from speaking out.

“And we must expose and condemn any attempt to distort, rewrite or forget what happened,” he said.

In his remarks, Herzog also referred to Iran.

He said, “We see the Ayatollah regime in Iran calling for the destruction of the State of Israel, launching terrorism against Jewish communities around the world, and killing civilians throughout the Middle East, while some just the other way around.” lets see.” 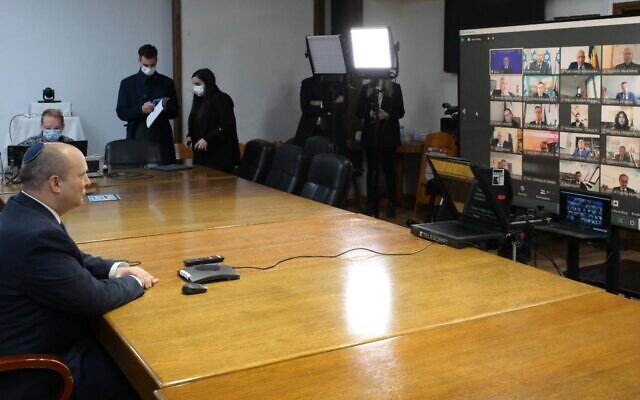 “While we listen to the Iranian regime’s daily call to destroy the State of Israel, as we speak, they continue to talk about the killing and destruction of the State of Israel, the Jewish State, and when we talk about nuclear weapons. Indifference is tacit acceptance,” he said in a video address to diplomats. “A country that talks about abolishing the Jewish state should not be a legitimate participant in anything.”

“A country that talks about abolishing the Jewish state should not be a legitimate partner for anything,” Bennett said.

During a global pandemic, a small country is conducting research that is helping guide health policy around the world. How effective are the COVID-19 vaccines? After the first two shots, does the third dose help? What about a quarter?

When The Times of Israel began covering COVID-19, we had no idea our little beat would become such a central part of the global story. Who could have known that Israel would be the first at nearly every turn in the vaccination story – and generate the research that is so urgently needed today?

Our team covers this story with the rigor and accuracy that characterizes Times of Israel’s reporting on a variety of topics. If it is important to you that this type of media organization exists and thrives, I urge you to support our work. Will you join the Times of Israel Community today?

For as little as $6 per month you can help support our quality journalism while enjoying The Times of Israel ad freeas well as accessing exclusive content available only to members of the Times of Israel community.