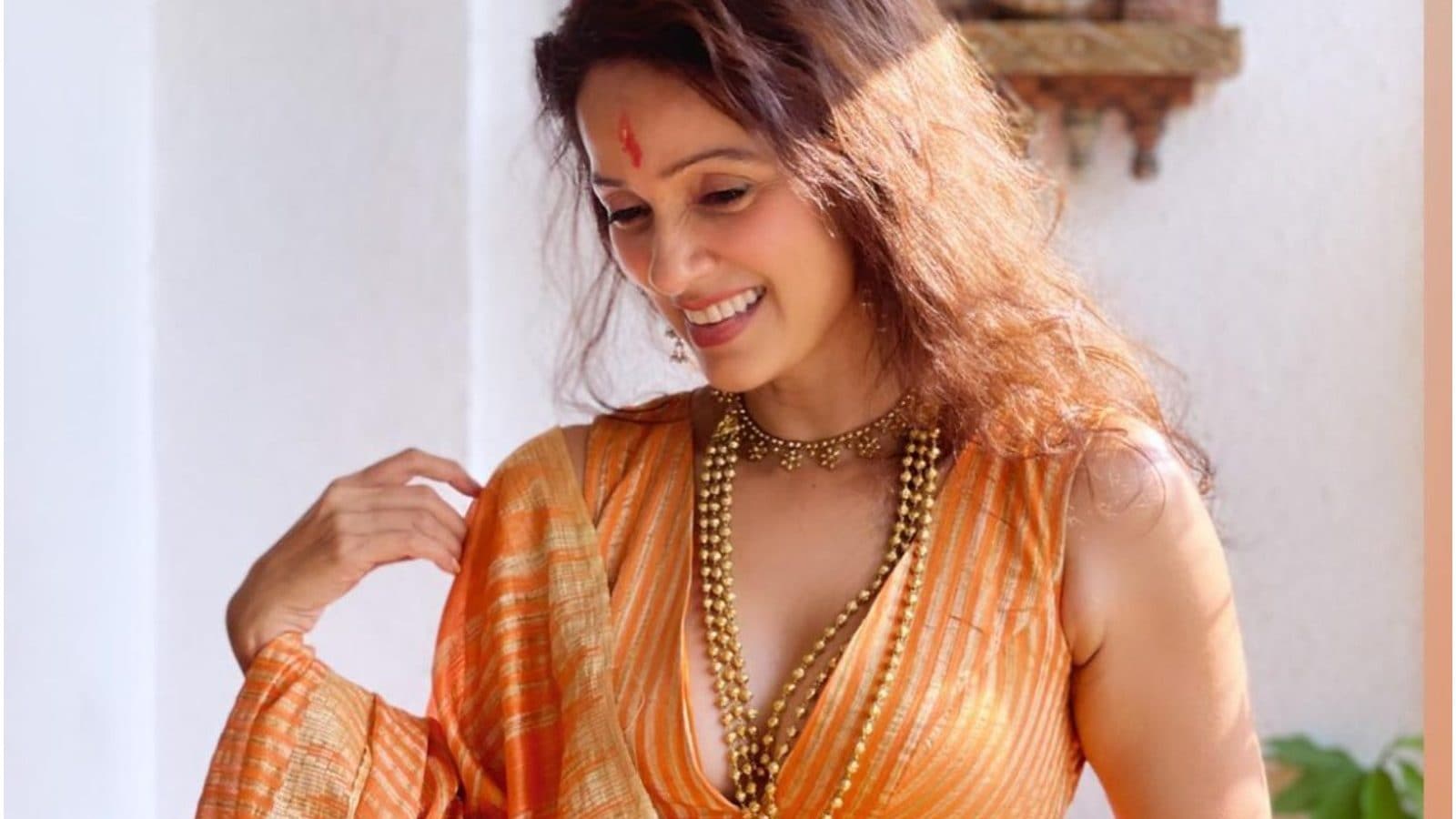 Vidya Malvade, who rose to fame with the movie Chakde! India And was last seen in Disney series Bamini & Boyz, who is also known to turn heads with his magnetic presence on social media. She identifies herself as a fitness enthusiast and regularly shares pictures and videos of herself doing various types of yoga and exercises.

Recently, she posted a bunch of pictures teaching her followers the steps of headstand. He shared these pictures with a caption, “Fastest way to do headstand.”

He also cautioned his followers that simply raising one’s legs could take a lot of energy and lead to injury.

Surprisingly, even at the age of 48, he has kept himself very fit and healthy. The secret of his fitness is regular yoga and the work done on his body. Check out this reel in which she is doing extremely hard yoga asanas in an orange outfit.

In another reel, Vidya is seen in a blue sapphire sari and dances on Shershaah’s song ‘Ratan Lambiya’.

People are left speechless seeing the resilience she has achieved at this age. Surely Surya Yantrasana is not a child’s play. One can imagine how much strength and power he has gained over the years while doing yoga and other fitness routines.

In this reel we can see how effortlessly he has arched his back and held that position for a few minutes. He is surely an inspiration to all the fitness lovers.

After initial popularity with Chakde! Bharat, Vidya acted in many films like Kidnap, No Problem and Striker. During his career, he also participated in the reality show Khatron Ke Khiladi. was in his latest outing Netflix Web series Bemail in which she played the role of Zeenat Karim.