The United States is now recording more than 2,65,000 new COVID-19 cases on a daily basis, largely driven by the Omron version. 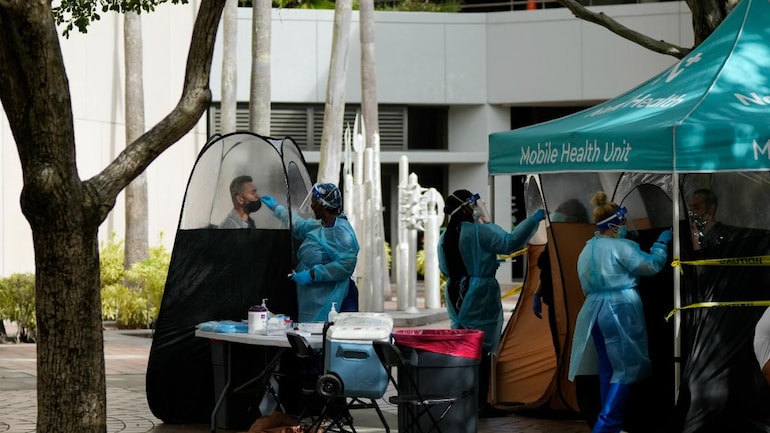 More than a year after the vaccine was introduced, new cases of COVID-19 in the US have averaged an all-time high of more than 265,000 per day, driven largely by the highly infectious Omicron variant.

The previous mark was 250,000 cases per day, set in mid-January, according to data kept by Johns Hopkins University.

A rapidly spreading mutant version of the virus has put a damper on Christmas and New Years, forcing communities to scale back or call off their festivities, making it seem as though Americans are almost returning to the normal holiday season. were to enjoy. Thousands of flights have been canceled amid staff shortages attributed to the virus.

The Centers for Disease Control and Prevention reported that the number of Americans now in hospital with COVID-19 is about 60,000, or about half the number seen in January.

While hospitalizations sometimes lag behind case numbers, the figures may indicate that Omicron is not making people as seriously ill as in previous versions, as many experts suspected.

Several European countries, including France, Greece, Britain and Spain, also reported record cases this week, leading to a ban on music at New Year’s celebrations in Greece and a renewed push by French authorities to encourage vaccination.

SC asks lawyers, litigants to use computers instead of mobiles to attend virtual hearings