Tehran: Thousands of protesters gathered in central Iran’s Isfahan on Friday to express their anger after the city’s life-sustaining river dried up due to drought and diversion.

Massive protests by farmers and others in Isfahan province were the largest since the water crisis began on 9 November.

A state television journalist in Isfahan, broadcast live images of Friday’s rally, said: “Thousands of people from Isfahan, farmers from the east and west of the province, have gathered in the dry Zayndeh Rud River with one major demand: to walk the river. two.” ,

“For years, there has been no desire to solve the problems of this important river,” the journalist said.

Footage aired on the channel showed men and women clapping in unison in a crowd spread along the banks of the river.

“Looted for 20 years” and “water must come back,” he chanted. 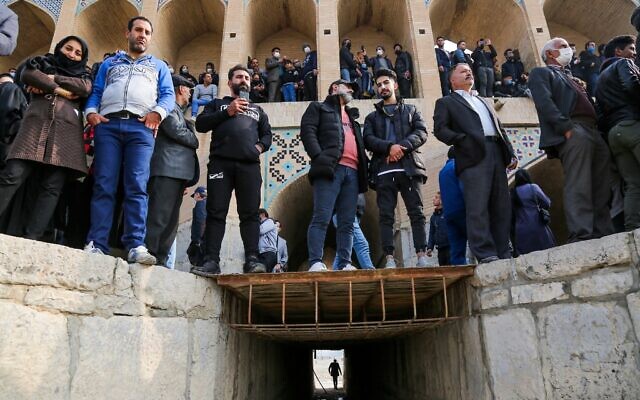 Iranians gather during a protest to voice their anger after their province’s life-sustaining river dried up due to drought and diversion in the central city of Isfahan on November 19, 2021. (Fatmeh Nasr / ISNA / AFP)

Others were seen holding banners “East Isfahan has become a desert” and “Our waters are being held hostage” in photographs published by Iranian media outlets.

The city of Isfahan is the third largest city in Iran with a population of about two million.

It is a tourist magnet due to its heritage sites, including a historic bridge that crosses the Zayandh Rood River – which has been dry except for a brief period since the year 2000.

Drought is seen as one of the reasons, but farmers also blame the authorities for diverting river water to neighboring Yazd province.

The Iranian government has promised to come to the aid of farmers and resolve the crisis.

“I have ordered the Ministers of Energy and Agriculture to take immediate steps to deal with this issue,” Iran’s First Vice President Mohamed Mokhbar said on television. 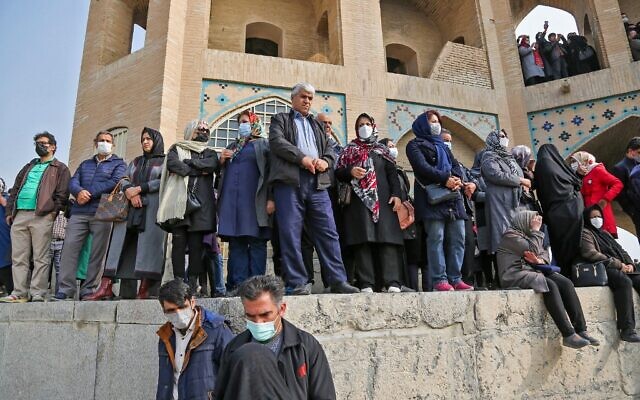 Iranians gather during a protest to voice their anger after their province’s life-sustaining river dried up due to drought and diversion in the central city of Isfahan on November 19, 2021. (Fatmeh Nasr / ISNA / AFP)

Energy Minister Ali-Akbar Mahrabian apologized to the farmers for not being able to provide water for their crops.

“We expect to fill these gaps in the coming months,” he said.

Iran’s President Ibrahim Raisi had already met with representatives of Isfahan, Yazd and Semnan provinces on 11 November and promised to resolve the water issues.

Largely dry Iran has been reeling under constant drought for years.

Iran is one of the most water-stressed countries in the world.

A report by Iran’s space agency in October said water levels in the country’s lakes and reservoirs have halved since last year, due to severe drought in the country and the wider region.

Happy Birthday Shatrughan Sinha: Iconic dialogues by the legendary actor that will make your day!