New Delhi: Multilingual star Raashi Khanna is currently on her toes as she is busy promoting her upcoming film Thank You with co-actor Chai Akkineni. Both are having sleepless nights as they are out to promote their film, however, both are also having fun at the same time.

The bond between Raashi Khanna and Chai Akkineni is loved by their fans and always on the lookout for a little glimpse into their friendship. Raashi Khanna recently took to her Instagram account and shared a funny BTS video of herself having tea. 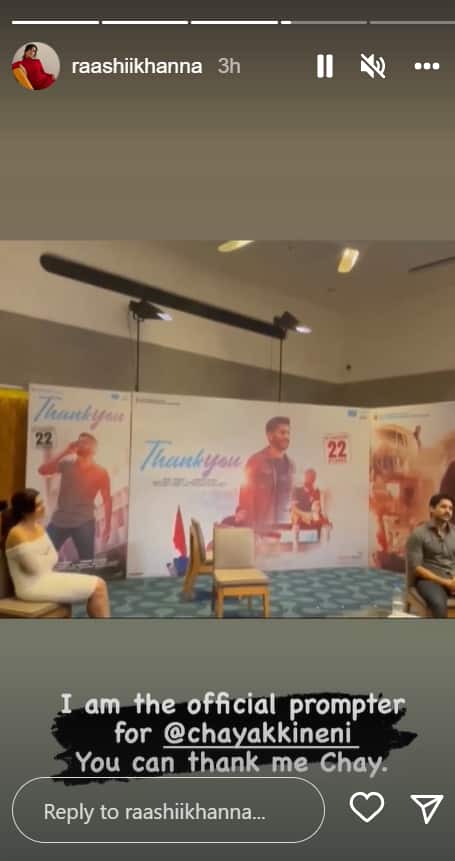 In the video, she can be seen helping Cha out while he is her official supporter. Sharing the video, Rashi Khanna wrote with it, “I am the official prompter for Chai Akkineni, you can thank me for tea.”

Well, clearly the two have a good bond and have a huge fan following as well. The trailer of his upcoming film Thank You is getting a positive response from the audience. Raashi Khanna is totally ruling hearts with her back-to-back phenomenal performances. He is soon all set to promote his big Bollywood debut Yoddha and web series Fergie is also in line among some unannounced projects.