It was only yesterday that the makers of the upcoming film Thalapathy Vijay starrer film Thalapathy 66 left the fans nervous. He announced that in the Tamil film, Rashmika Mandanna will be seen romancing Vijay in the film. And today, on 6th April, the makers started shooting for it with National Award winning director Vamshi Paidipally. The film was launched today with a puja ceremony in Chennai

Some pictures from the start of the shoot are surfacing online in which Rashmika can be seen on the sets of the film with Vijay Thalapathy. While Rashmika looked radiant wearing a yellow tie and dyed lehenga and a designer choli, Vijay slayed in his casual best for the shoot. The two were smiling and posing for the click during the shooting of the film. The film’s team also got caught in the lens as they started shooting for the film with the star cast. 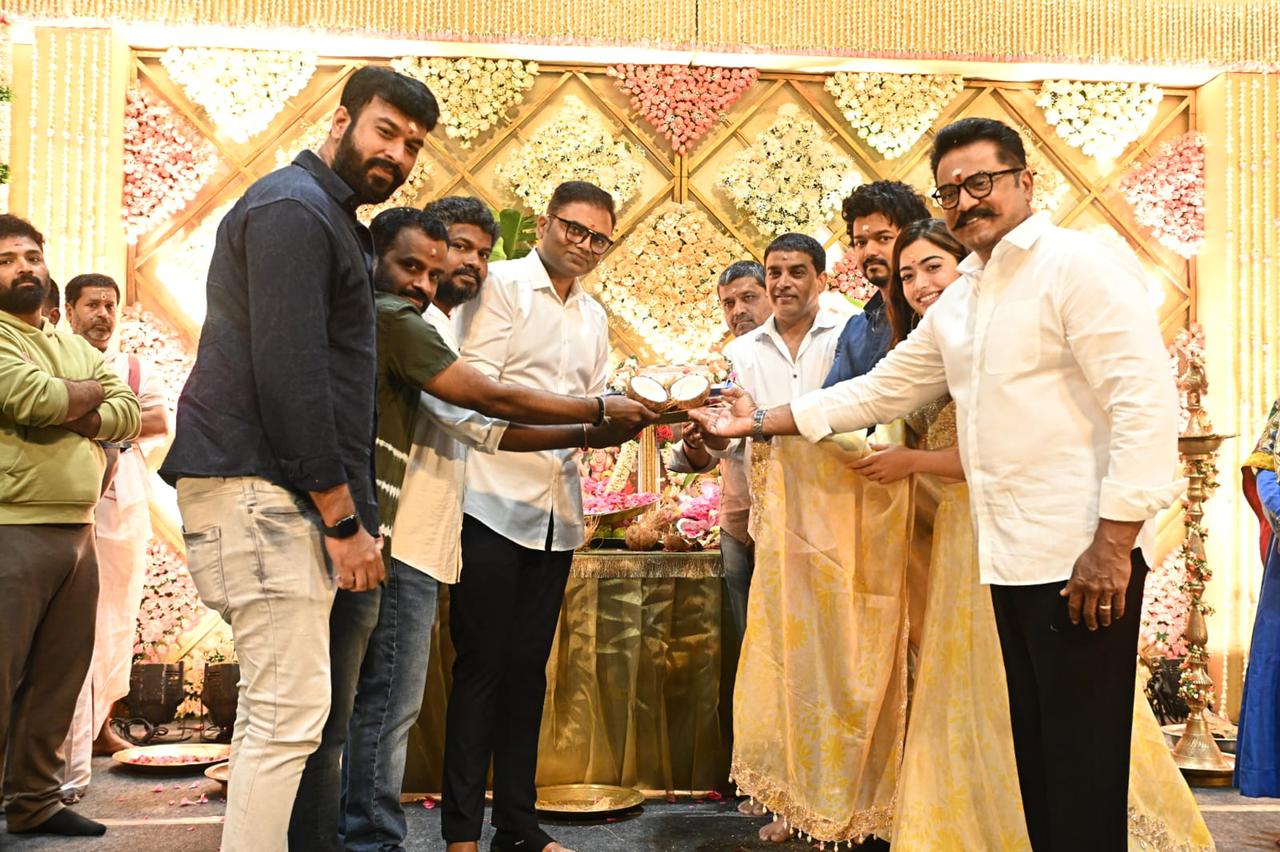 Talking about the details of the project, Thalapathy 66, helmed by National Award-winning director Vamshi Paidipally and produced by National-award winning producer Dil Raju and Shirish of Sri Venkateswara Creations, will be helmed on a grand scale. Davill will oversee the various crafts of the film. Sensational composer S Thaman, who is in fine form, will be presenting the soundtrack for the film. While Vamshi Paidipally wrote the first of its kind subject for Vijay, the film is going to be a technical genius.

Along with Vamshi Paidipally, the story and screenplay were written by Hari and Ashish Solomon. Karthik Palani will crank the camera, while KL Praveen will handle the editing. Sri Harshit Reddy and Sri Hansitha are the co-producers of the film. Sunil Babu and Vaishnavi Reddy are the production designers.

With all the buzz around Thalapathy 66, and considering that the lead actors and the main technical team are on a success spree and enjoying top spots in their respective artistry- the film is definitely one of the most awaited films of the year. is one.

Thalapathy 66 is the first collaboration between Vijay and Rashmika Mandanna. Other details about the film will be announced soon.

Talking about his work front, Vijay is looking forward to the release of his film Beast, which will hit the screens on April 13. Meanwhile, Rashmika Mandanna is all set to make her Bollywood debut with Mission Majnu.