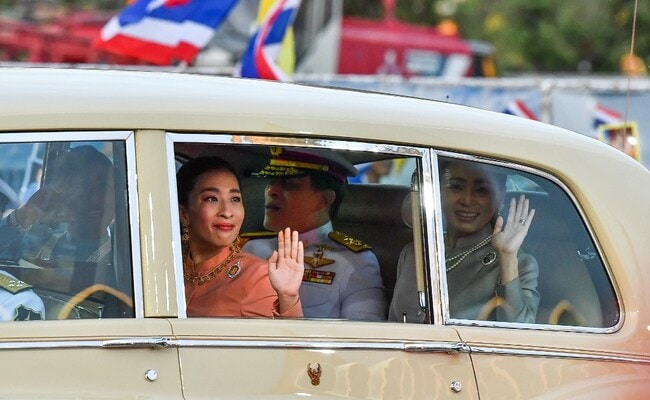 The eldest daughter of the Thai king remained in hospital on Monday for her heart, lungs and kidneys after she fainted last week, according to a palace statement. Princess Bajrakitiyabha Mahidol initially fell ill on Wednesday evening during a military dog ​​training session in Nakhon Ratchasima, north of the capital Bangkok.

Known in Thailand as “Princess Bha”, the 44-year-old is the eldest daughter of King Maha Vajiralongkorn and the only child from his first marriage.

The state’s rules of succession favor male heirs; However, the palace has not formally announced a successor.

After the princess collapsed, she was flown to Bangkok, where she is receiving intensive medical care under close observation.

In a statement released on Monday morning, the palace said her condition was “stable at a level”, without elaborating.

“His Royal Highness’s heartbeat is controlled with medication,” the statement said, adding that systole – part of the process by which the heart beats – “does not recover”.

“The medical team has offered His Royal Highness medicines and equipment to support his heart, lungs and kidney function,” the statement said.

The princess plays an important ceremonial role in Thai society – where the royal family sits at the top, protected from criticism by harsh defamation laws, which carry a prison sentence of up to 15 years per charge.

In the capital and throughout the state, books were placed for Thais to wish him well.

On Saturday, the palace announced that King Vajiralongkorn and his wife, Queen Suthida, had tested positive for Covid, with mild symptoms.

(Except for the headline, this story has not been edited by NDTV staff and is published from a syndicated feed.)

featured video of the day

48 Arrested in Rajasthan for Following Social Media Accounts of Gangsters

Pakistan Cricket Team’s ‘Professor’ Aka Mohammad Hafeez Back to University