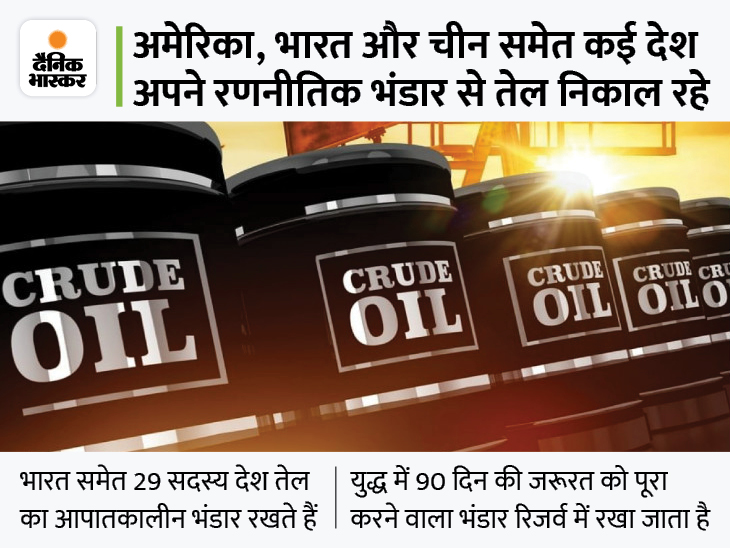 Major oil consuming countries including India-USA-China are extracting crude from their reserve reserves. Experts Stanley Reid (NYT) and Ajay Kedia (Kedia Advisory) explain why these countries, which are pitted against each other on various issues, have come together.

Why are these countries doing this?
This step has been taken after the oil producing countries OPEC+ refused to increase the production of crude oil. OPEC countries are going to meet next month. Hopefully, because of this pressure, they will consider increasing production.

Has such a strategy been adopted before?
In June 2011, 27 other countries used about 60 million barrels of reserve oil to make up for the shortfall in Libya’s production due to the political crisis.

Which countries have such Strategic Reserves?
29 member countries, including India, maintain emergency reserves of oil. The reserves that meet the requirement of 90 days in war are kept in reserve. America has the largest strategic petroleum reserves of 62 million barrels.

What will be the effect on India?
If the rupee continues to depreciate, this exercise will have no meaning for India. Despite crude oil being cheaper in dollar, it will be costlier in rupee. In view of the elections, the Center has also tried to reduce the prices on its behalf. From India’s point of view, this campaign is not very promising.