Sri Lanka Crisis News UpdatesUN Secretary-General Antonio Guterres on Tuesday (July 12) called for dialogue in Sri Lanka to ensure a smooth change of government and find a permanent solution to the economic crisis.

“I stand in solidarity with the people of Sri Lanka and call for dialogue to ensure a smooth transition of government and find a lasting solution to the economic crisis,” Guterres tweeted.

“I condemn all acts of violence and call on those responsible to be held accountable,” he said.

On Monday (July 11), the Secretary-General’s Deputy Spokesperson Farhan Haq said the UN secretary was closely monitoring developments in Sri Lanka and stood in solidarity with the country.

Notably, Sri Lankan President Gotabaya Rajapaksa on Saturday (July 9) agreed to step down from his post. He said he would resign from the presidency on July 13 amid economic and political instability. On Monday, Sri Lanka’s parliament speaker said political party leaders have decided to elect a new president on July 20 through a vote in parliament.

In a statement, Speaker Mahinda Yapa Abhayawardene said that after a meeting with all political party leaders, it was decided to convene a Parliament session on July 15 and inform Parliament that there was a vacancy for the post of President.

The Speaker said that on July 19, nominations for the office of the President would be sought and on July 20, voting would be held to elect a new President. The party leaders also decided to take steps to form an all-party government under the new president and continue to supply essential services.

This comes after thousands of people protested in Colombo on Saturday as mobs broke barricades around Rajapaksa’s residence and climbed fences and took control of the area. 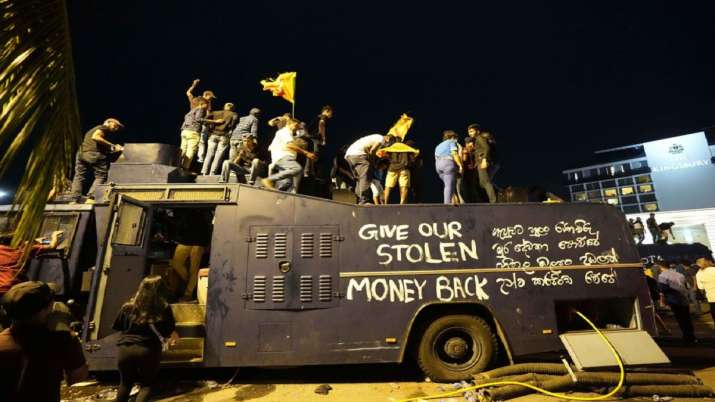 Dramatic scenes outside Rajapaksa’s residence showed a sea of ​​protesters entering the compound, breaking police-imposed security cordons, taking a dip in the swimming pool and roaming his kitchen and home. Hours after protesters stormed his official residence, Rajapaksa agreed to step down.

Sri Lanka is facing its worst economic crisis since gaining independence in 1948, which comes on the heels of successive waves of COVID-19, threatening to undo years of development progress and unsustainable Seriously undermine the country’s ability to achieve the Development Goals (SDGs).

Sonam Kapoor Says Her Brothers Have Slept with Her Friends, SRK’s Son Aryan Khan May Debut with Comedy Drama Series