Dasun Shanaka led from the front with a scintillating half-century as Sri Lanka defeated world champions Australia by four wickets in the third T20I. 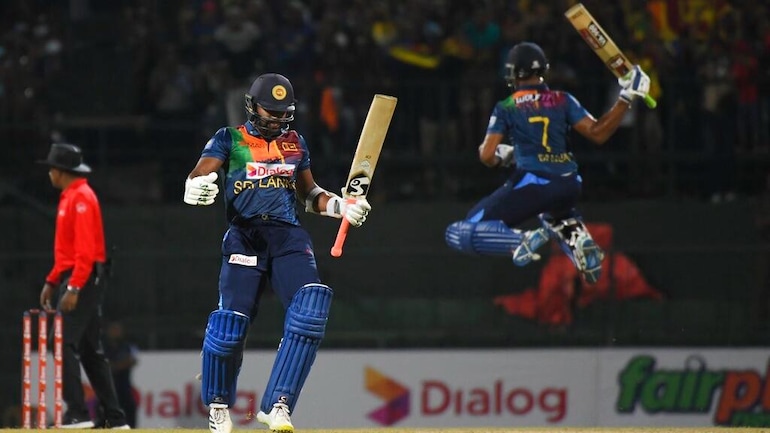 Dasun Shanaka scored a quick half-century under pressure to help Sri Lanka to a four-wicket win over Australia in the third T20 International on Saturday.

Chasing 177 for a consolation win after being dismissed in the first two matches, Sri Lanka were depressed at 108/6 in the 16th over of their innings at Kandy. Shanaka then exploded with the bat to put pressure on Australia and Sri Lanka needed 19 runs in the last over from Kane Richardson, who succumbed to the pressure.

Richardson started the over with two wides and Shanaka hit him for back-to-back boundaries followed by a six to level the score. Sri Lanka’s victory was sealed when Richardson sent the third wide ball of that over, leading to celebrations at the Pallekele International Cricket Stadium. Shanaka scored an unbeaten 54 off 25 balls which included four sixes and five fours.

Earlier, Australia scored 176/5 after captain Aaron Finch (29) won the toss and joined David Warner (39) to give the tourists a strong start. Marcus Stoinis contributed 38 down the order, while Steve Smith scored an unbeaten 37 to help Australia put up a decent total.

South Africa: 21 teenagers die after night out at Tavern; There is no visible wound on the body, the reason is not clear