Joe Root and Ollie Pope scored hundreds on Sunday to help England take 473/5 and look to New Zealand’s first innings total of 553 on the third day of the second Test. 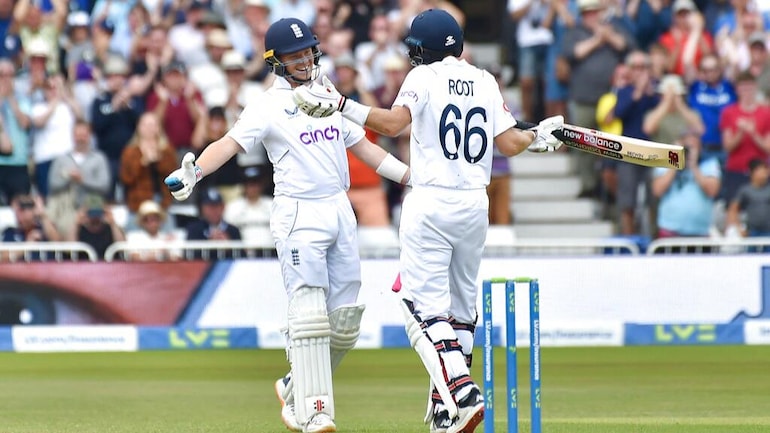 Joe Root scored his 27th Test century while Ollie Pope scored a superb 145 as England closed on New Zealand’s first innings total at the end of the game on the third day of the second Test at Trent Bridge on Sunday.

Resuming 90/1 in the morning after the touring team posted a mammoth first innings total of 553, England excelled on a fine batting wicket at Trent Bridge when the stumps were drawn.

While Root is used to compiling centuries – it was his fourth in his last five Tests and 27th of his career – Pope reached three figures for the second time in four years in the England team and the first time at home . Pope’s 145 beat his previous best score, an unbeaten 135 against South Africa in January 2020, and justified England’s new leadership’s decision to promote him to No. 3 for this international summer.

Captain Ben Stokes’ blitz had troubled New Zealand, but he was trying to score more than one six, scoring 46, as Bracewell took a crucial first wicket on his debut. However, the Black Caps missed another opportunity when Will Young dropped the Foxes to 10.

Lees looked to be in good form at first, driving Southee for two boundaries before completing his maiden Test half-century with a boundary off Kyle Jamieson, who later suffered a back injury. On 67, however, Lees chased down a wide delivery from Henry to edge it to Mitchell at slip and the fielder made no mistake to end the second wicket partnership of 141.

England took a 1-0 lead in the three-match series after winning the first Test at Lord’s last week by five wickets.