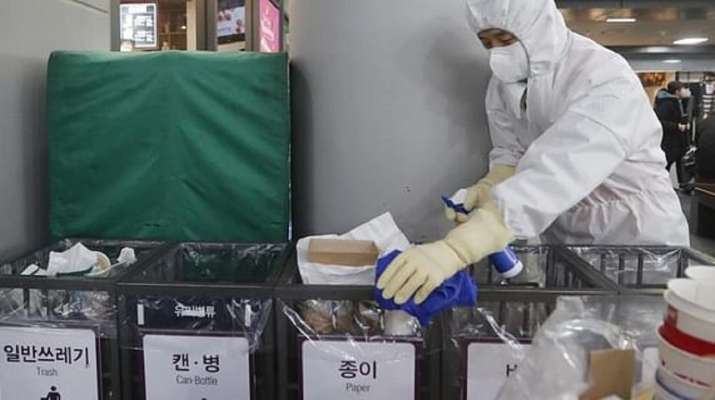 The first confirmed case of symptomatic COVID-19 can be traced back to a female seafood vendor at a wholesale food market in Wuhan, China, not an accountant who lived far away, according to a new study that suggests The WHO’s investigation into the origins of the deadly disease may have misunderstood the early chronology of the pandemic.

The first patient in the study worked at the central Chinese city of Huanan Live Animal Market, The New York Times reported on Thursday.

The city of Wuhan is where the coronavirus first emerged in 2019 and turned into a pandemic.

Michael Vorobey, head of ecology and evolutionary biology at the University of Arizona, said the accountant, who is widely believed to be the first person with COVID-19, reported that his first symptoms appeared on December 16, which was less than what was initially known. It was several days later. In the study published Thursday in the journal Science.

“Her symptoms came after several cases among workers at Huanan Market, with the onset of the disease on December 11, making a female seafood vendor the earliest known case,” the study said.

Vorobey, a leading expert in tracing the evolution of the virus at the University of Arizona, came upon timeline discrepancies through video interviews in Chinese news outlets already made public in medical journals, which are believed to be That was the first two documented infections, the report said.

Vorobey argues that the seller’s relationship with the Huanan Seafood Wholesale Market, as well as a new analysis of the market’s connections to hospitalized patients, strongly suggest that the epidemic began there.

“In a city of 11 million people, half of the initial cases are linked to a place the size of a football field,” Vorobey said.

“If the outbreak didn’t start in the market it becomes very difficult to interpret that pattern.”

Several experts, including one of the pandemic investigators selected by the World Health Organization (WHO), said Vorobey’s detective work was good and the first known case of Covid was most likely a seafood vendor.

But some of them also said the evidence was still insufficient to conclusively settle the larger question of how the pandemic began.

He suggested that the virus probably infects a “patient zero” shortly before the seller’s case and then reaches critical mass to spread widely in the market.

In January, WHO-selected researchers visited China and interviewed the accountant who reportedly developed symptoms on December 8, 2019.

The report said that they released a report in March 2021 and called it the first known case.

But Peter Daszak, a disease ecologist at the EcoHealth Alliance who was part of the WHO team, said he was convinced by Vorobey’s analysis that they were wrong.

“That December Eighth date was a mistake,” Daszak said.

He said the team never asked the accountant when his symptoms started.
Instead, he was given a date of December 8 by doctors at Hubei Xinhua Hospital, who handled the other initial cases.
“Then the mistake is there,” said Daszak.

For WHO experts, Daszak said, the interview was a dead end: the accountant had no apparent connection to the animal market, laboratory or mass gathering.
He told them that he liked spending time on the internet and jogging, and that he didn’t travel much.
“That was about as vanilla as you can get,” Daszak said.

The report said that if the team had identified the seafood seller as the first known case, Daszak said, it would more aggressively question questions such as which stall he worked at and where his products came from.

On 30 December, public health officials told hospitals to report any new cases linked to the market.

Fearing a resurgence of SARS that emerged from Chinese animal markets in 2002, Chinese authorities ordered the closure of the Huanan market, and Wuhan police officers closed it on January 1, 2020.

The report said that despite those measures, new cases through Wuhan multiplied.

Wuhan authorities said on January 11, 2020, that the cases began on December 8. In February, they first identified the patient as a Wuhan resident, who fell ill on 8 December and had no connection to the market.

Chinese officials and some outside experts suspected that the initially high percentage of market-linked cases could be a statistical fluke known as assessment bias.

He argued that the December 30 call for officials to report market-linked diseases prompted doctors to ignore other cases that had no such links.

The WHO last month proposed a new expert panel to probe the source of the deadly coronavirus.

China had previously rejected the next step in the WHO’s plan to probe the origins of the coronavirus pandemic, saying the move showed “disrespectful of common sense and arrogant disregard for science”.

Read also | Is COVID-19 spread from animals or leaked from Wuhan lab? US Intel fails to determine origin