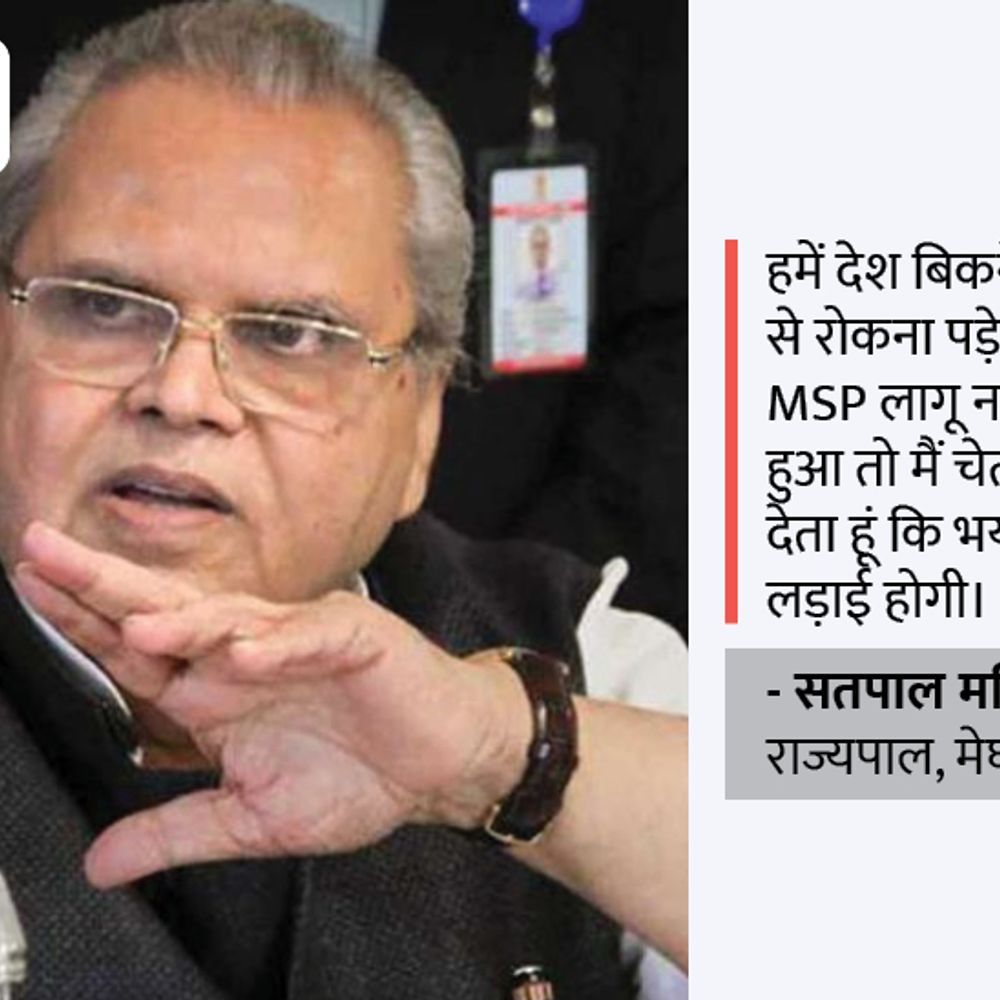 Meghalaya Governor Satpal Malik has once again made a big attack against Ambani-Adani and the central government. Addressing the National Jat Parliament in Jaipur, he said that Adani has built a big godown in Panipat to buy farmers’ crops at cheap prices and sell them at high prices. Uproot such a godown of Adani. Don’t be afraid, I will walk with you to jail. How have Adani and Ambani become wealthy, until these people are not attacked, these people will not stop.

Satpal Malik said that the Modi government withdrew three agriculture laws. The MSP has not been decided yet. In such a situation, if a law is not made on MSP in time, then there will be a fierce fight between the farmers and the government in the country. I myself carry my resignation in my pocket, I will go to the field after 4 months for the farmers.

Had to apologize after all: Malik
Governor Satpal Malik said that when our people started dying on the streets in the farmers’ movement, then I took my resignation in my pocket and went to meet the Prime Minister. I explained to them that atrocities are happening with these people. Take some away and remove them. He said – he will go. I told him you don’t know him. It’ll go away when you’re gone. Then he did not agree. Later they understood. Then he apologized and withdrew the laws.

I have 4 months left: Satpal
Satpal Malik said that I have 4 months left as governor. I walk around with a resignation in my pocket, I did not come from my mother’s stomach as a governor. That’s why I have thought that after retiring, I will work with full force for the rights of the farmers. My two room house is my strength, so I mess with anyone.

Let us inform that Satpal Malik had come to participate in the International Jat Parliament organized in Jaipur. During this, he also emphasized on ending the increasing dowry system in the Jat society. He said that the society can progress only when it leaves dowry and moves ahead in the field of education because only education can move the society and the country forward.