Royal Enfiled Hunter 350 has been launched in India with a price of Rs 1.50 lakh (ex-showroom). The new Hunter comes in two variants, namely Retro and Metro, with metro rebel series priced Rs 1.69 lakh  (ex-showroom) and Rs 1.64 lakh (ex-showroom), respectively. The new motorcycle comes as part of the company’s plan to expand its model line-up in India. It is to be noted that the manufacturer is planning on launching multiple new models in India. To name a few future launches from the manufacturer can have models like Shotgun 650, Classic 650, Super Meteor 650, and others.

The Hunter 350 fluently speaks the design language of Royal Enfield but with fancier words. It gets a neo-retro design amplified by the round headlamps, indicators, and the long one-piece seat. Furthermore, the duel tone fuel tank and the asymmetric digital instrument cluster add to the modern appeal. In addition, the feature on the bike, like the electric starter as standard and the Tripper navigation pod, add to the appeal. 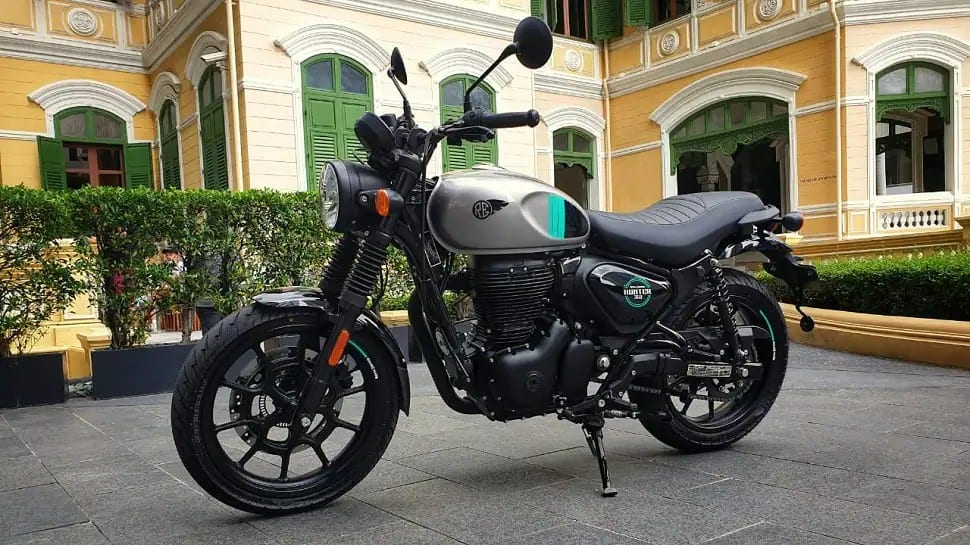 The Royal Enfield Hunter 350 will be sold in two variants: Metro and Retro. Aside from the aforementioned variations, the two types can be distinguished by their distinct colours. The Retro model has a single-tone paint scheme, whereas the Metro model has a dual-tone finish.

The breaking duties on the Royal Enfield Hunter 350 are taken care of by a 300mm single disc and a rear 270mm rotor. For shock absorbers, it gets telescopic front forks and six-step preload-adjustable rear springs.