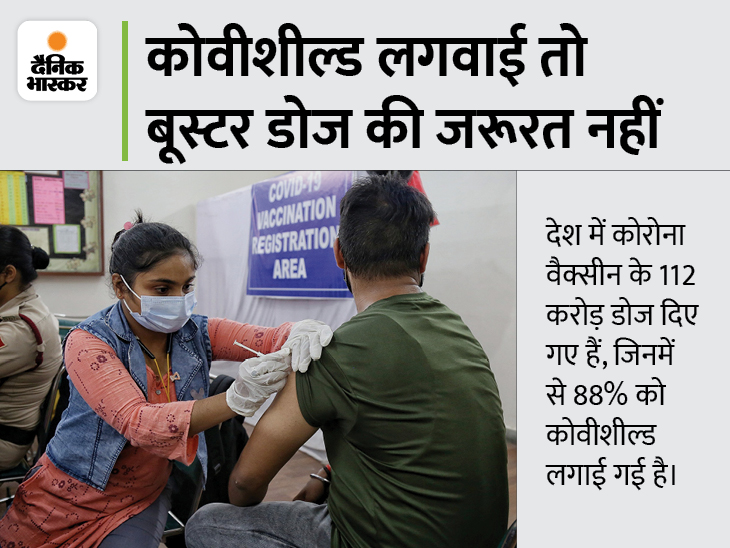 An official source said the report would be submitted to the health ministry for consideration. The source said that we are reviewing the data on a regular basis and now that mass vaccination data is available, we have studied that too. Any decision will be taken on the basis of scientific facts only.

A total of more than 112 crore doses of Kovid vaccine have been administered in the country. Out of which 88% are Coveshield. CoveShield has been developed by Oxford University and AstraZencia. At the same time, Serum Institute of India is making it at the local level.

39% people took both doses
More than 79% of the population has received at least one dose of a COVID vaccine. At the same time, about 39% have taken both the doses. According to the source, there are 12 crore people whose time has passed for the second dose, but they have not got it done yet.