Ram Party chief Mansour Abbas criticized other Arab parties in the Knesset, saying on Thursday that they had missed a “historic opportunity” by helping to topple the previous government.

“I don’t understand what their purpose is in the Knesset,” Abbas told the Ynet news outlet hours before incoming Prime Minister Benjamin Netanyahu had his far-right religious alliance approved by the Knesset.

Rama, an Islamist party, had joined the previous government, giving it the key seats needed to win a majority and using this as a way to secure commitments to crucial state funding for the Arab community. The government of outgoing Prime Minister Yair Lapid lost its parliamentary majority due to systematic pressure from Likud and opposition parties, including the Hadash and Tal parties, which were then part of the United List coalition of Arab parties.

The incoming coalition, led by Netanyahu’s Likud, won 64 of the 120-seat Knesset in November’s elections and is set to become the most right-wing government in Israel’s history.

Abbas criticized the two other parties, saying, “Their members do not believe in my point of view. They have a dogmatic point of view, they do not want to change.” Abbas’s RAMA was the first Arab party to join a governing coalition.

“Everything he has done in the Knesset” does not serve the Arab population, he added. 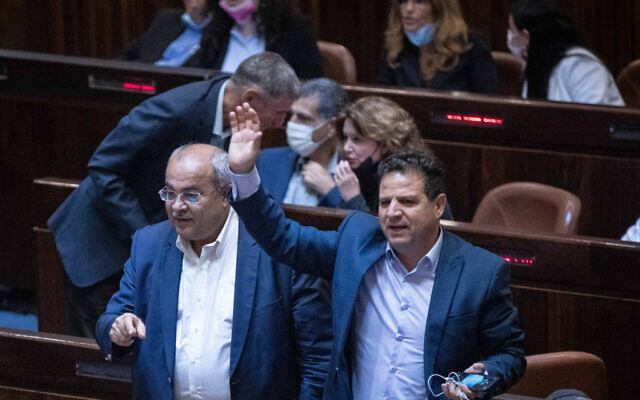 Ahmed Tibi, left, and Ayman Odeh of the Arab Joint List during a plenary session in the Assembly Hall of the Israeli parliament, in Jerusalem, July 6, 2021. (Yonatan Sindel/Flash90)

“For a whole year Odeh and Tibi cooperated with Likud and religious Judaism [parties] To topple the previous government, and what did they get?” He asked.

“Instead of upgrading our status as an Arab society in the State of Israel, we lost a historic opportunity.”

In the past, Ram, Hadash, Tal and the hardline Arab party Balad ran on a joint slate called the Joint List. Ram left the coalition ahead of the March 2021 elections and later joined the government, while the rest of the joint list remained in opposition. Balad split before the recent November elections, leaving the two remaining parties to form the Hadash-Tal coalition. Ram also ran his own slate and the three parties failed to sign a vote-sharing deal.

On election day, Rama and Hadash-Tal each won five seats, while Balad failed to pass the threshold for entry into the Knesset. 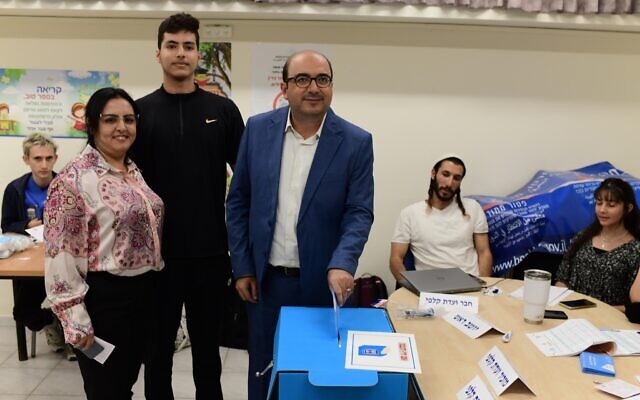 “There is fear, frustration and distrust in Arab society towards the government and its policies,” he said. “There is no Arab or Druze representative in the government to reflect things from this society. The government cannot ignore [the Arab community],

He said the appointment of MK Itamar Ben Giver, leader of the far-right Otzma Yehudit party, as Minister of National Security, giving him sweeping powers over the police and especially direct control of the paramilitary border police, is worrying the community, They said .

At a conference organized by the Anti-Defamation League in November, Abbas was asked about the prospects of his party’s involvement with a possible new government.

Referring to Ram’s efforts on behalf of Arab Israelis in the previous government, he said, “We want to work with any government, so that we can carry out the plans we started with.”

Ultimately, Ram will join the opposition.