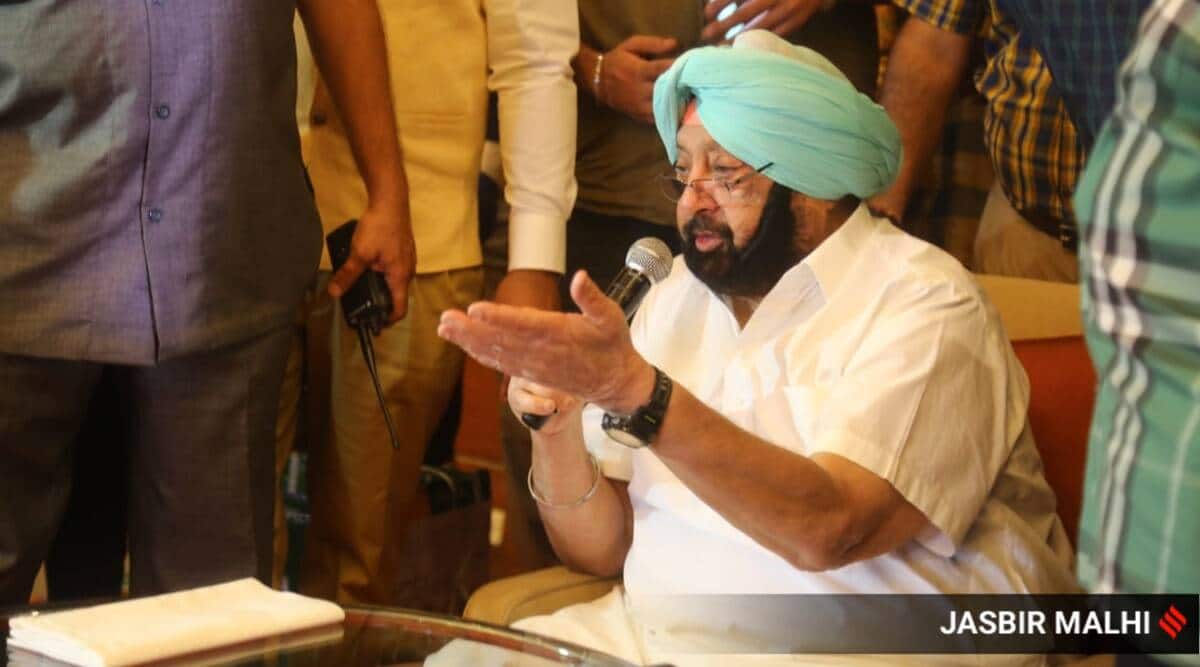 After the sudden announcement of the Prime Minister Narendra Modi On the repeal of the Centre’s agricultural laws, the ruling Congress in Punjab has adopted a wait-and-see policy, while it does not support SAD and BJP If they come together again before the 2022 assembly elections.

Congress leaders including Chief Minister Charanjit Singh Channi, PPCC chief Navjot Singh Sidhu, cabinet ministers Sukhjinder Singh Randhawa, Pargat Singh and others termed the cancellation announcement as a victory for the agitating farmers. However, the party is discussing internally that even though the BJP’s decision was primarily focused on the UP elections, the fact of Gurpurab’s announcement was to send a message to Punjabis that it was aimed at pacifying them.

“For now, we are confident that it will not harm us, but we will have to wait and see how Punjabis react to the development. Punjabis are reactive voters. Let’s see,” said a Congress leader.

The Congress is already looking at ousted chief minister Amarinder Singh, who recently floated his party and said he would go with the BJP in the next election. The Congress is now apprehensive that his party, backed by the BJP, cannot be a refuge for angry Congressmen, who will be ignored during ticket distribution. “We were not sure if the laws would be repealed. But we will definitely think of a strategy to develop development,” said a party leader. After all 700 farmers were martyred in the agitation. If the repeal yields a positive result, then the negativity of the death of so many farmers will also rest on it. An astonished Chief Minister Charanjit Singh Channi also told the media that the announcement was too late, “About 700 farmers lost their lives in the struggle. If these laws were to be repealed, why did it take so long?” He asked. He said that this result will benefit the Congress as the party has always stood with the farmers. He said, “We will stand with the farmers in future also.” it was late, told Indian ExpressA meeting of workers was held in Jalandhar today, which was presided over by AICC in-charge Harish Chaudhary. There is no concern at the ground level regarding BJP’s today’s decision.

However, the Congress is internally concerned that if the SAD and the BJP come together, the Congress may face tough times, especially in urban seats. “In urban seats, where traders were unhappy with the farmers’ agitation, a re-alliance of the SAD could affect the Congress,” said a leader. He also said that this may lead to polarization of Jat Sikhs in the state as Congress had recently nominated a Scheduled Caste as the Chief Minister of the state.

SAD chief Sukhbir Badal, however, reiterated on Friday that he would not go with the BJP at any cost.

However, the Congress is cautious. “SAD broke ties with the BJP on the issue of agricultural laws. Now the issue has been resolved. They can always come together. Also, now both the sides have realized this.

Congress leaders spoke to The Indian Express had a dismissive stance on former chief minister Amarinder. “The BJP did not even give him any credit. Modi made sure he gets all the credit. It is clear to all Punjabis that they had no right to repeal the laws,” said a party leader on condition of anonymity.

Randhawa asked the central government to provide maximum assistance to the farmers to save the country from starvation. He along with his cabinet colleagues Tripat Rajinder Singh Bajwa, Bharat Bhushan Ashu, Randeep Singh Nabha, Rajkumar Verka and other ministers and MLAs offered prayers at Gurdwara Sri Kartarpur Sahib on Friday.

Punjab Pradesh Congress Committee President Navjot Singh Sidhu termed the abrogation of agricultural laws as a victory of the ‘Satyagraha’ of the United Kisan Morcha (SKM) and said the decision on the historic day of Guru Nanak Dev’s Prakash Parv was due to whose blessings. , Guru Nanak Dev. He said that Punjab should be forgiven if anyone admits its mistake as today is a great day when Kartarpur Corridor has already opened.

He was in Sultanpur Lodhi to pay obeisance at Gurdwara Ber Sahib and Gurdwara Haat Sahib on the occasion of the 552nd birthday of the founder of Sikhism.

“If I am allowed to visit Kartarpur Sahib tomorrow, I will raise the demand for a clear roadmap for the progress of the state of Punjab,” he told the media. “No one should get credit as all credit goes to SKM which follows the path of Dharma.”

State Agriculture Minister Randeep Singh Nabha called the announcement of repeal of three agricultural laws a victory of the country. He said that the decision of the Center is also commendable as they had announced the holy day of Guru Nanak Jayanti. Nabha urged the Center to rehabilitate the families of those who lost their loved ones in the agitation against agricultural laws as well as provide compensation to the families of farmers killed during the agitation.