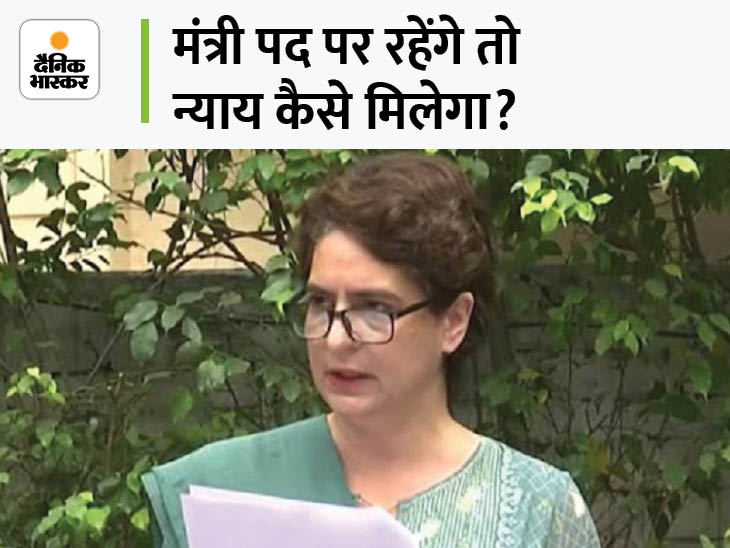 Prime Minister Narendra Modi on Friday announced the withdrawal of all three new agriculture laws. After this, Congress General Secretary Priyanka Gandhi has written a letter to him, raising questions on the action in the Lakhimpur violence case. Priyanka said that the son of Minister Ajay Mishra ‘Teni’ has crushed the farmers. The whole country has seen this cruelty. Such minister should be removed. Your sharing the stage with such a minister gives protection to the murderers of Lakhimpur massacre.

Ajay Mishra was present in the program of the Prime Minister
PM Narendra Modi addressed the ongoing All India DGP Conference in Lucknow. Home Minister Amit Shah and NSA Chief Ajit Doval along with Minister of State for Home Ajay Mishra Teni were also present in this meeting.

Priyanka wrote – sharing the stage is an insult to the farmers
In a letter to Modi, Priyanka had written that if your intention is clear regarding farmers, then do not share the stage with Amit Shah and Yogi Adityanath Minister Ajay Mishra. This is an insult to the families of the aggrieved farmers. They will get justice only when the accused are not saved, so first of all sack the minister Ajay Mishra.

Priyanka Gandhi held a press conference in Lucknow and informed about the letter written to the Prime Minister.

After the violence in Lakhimpur, two vehicles were torched by the mob.

What happened on 3rd October in Lakhimpur?
Farmers were protesting in Tikuniya village, near the border of Nepal, about 70 km from Lakhimpur district headquarters, on October 3 at around 3 pm, when suddenly three vehicles (Thar jeep, Fortuner and Scorpio) went trampling the farmers. Angry farmers created a ruckus over the incident. A total of 8 people died in this violence. This includes 4 farmers, a local journalist, two BJP workers.