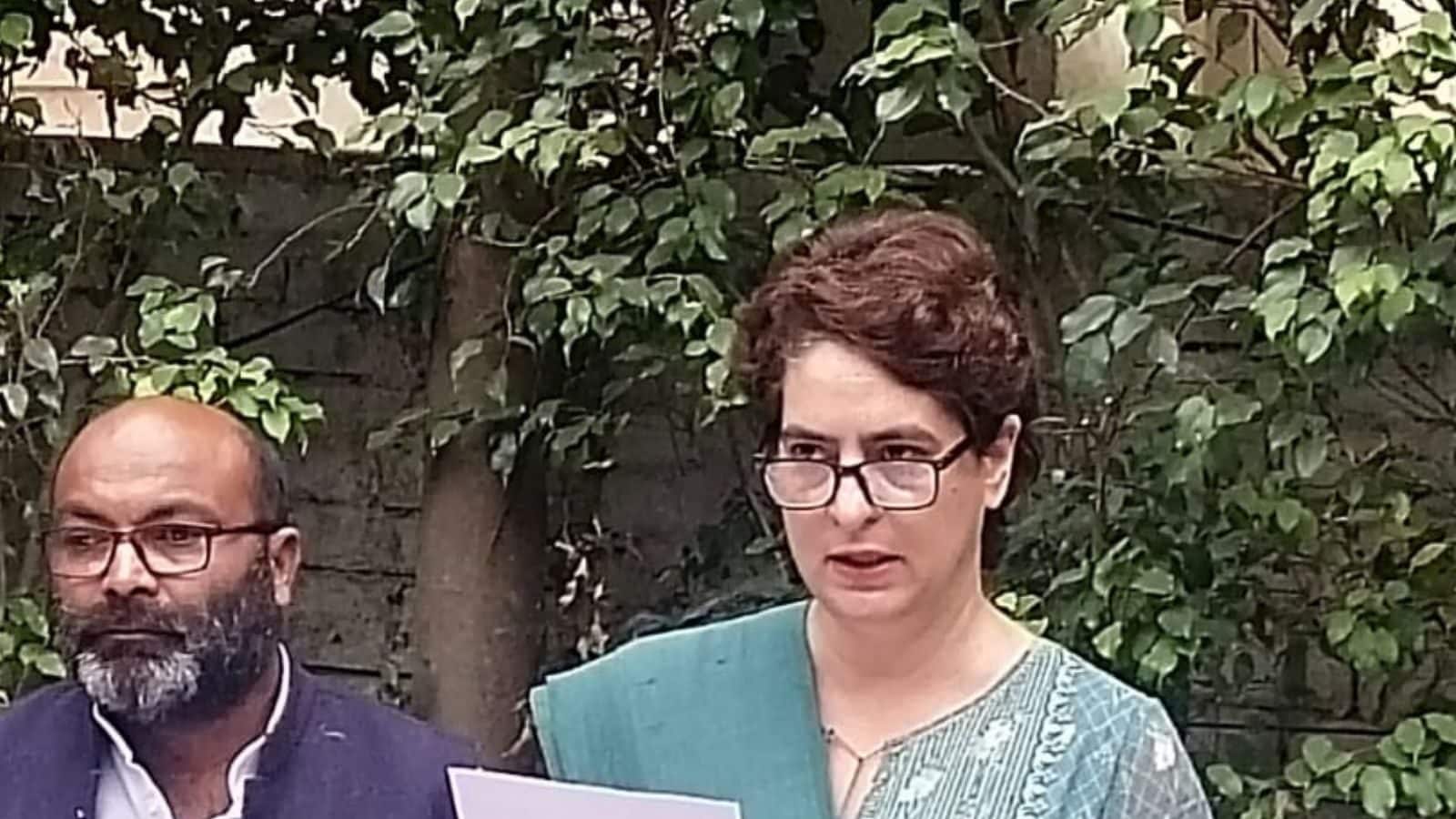 All India Congress General Secretary Priyanka Gandhi Vadra raised the issue on Saturday Lakhimpur The issue of violence in the press conference and asked the Prime Minister Narendra Modi Union Minister of State for Home Ajay Mishra will not share the stage with Teni. Gandhi called for their removal as an act of ensuring justice to the families of the deceased farmers. The Congress leader has written a letter to PM Modi in this regard as Modi is in Lucknow to attend the All India DGP Press Conference today and tomorrow.

Addressing a press conference in Lucknow on Saturday morning, Congress leader Gandhi read out a letter to the PM. “Yesterday you repealed the three distant laws, admitting that they were being imposed on the farmers. I have read in the newspapers that you are in Lucknow today to attend the DGP conference and will meet the top officials of the country who are responsible for maintaining law and order.

“The whole country witnessed the brutality done to the farmers in Lakhimpur. You must be aware that the main accused in this incident is the son of the Union Minister of State for Home in your government. Due to political pressure, the Uttar Pradesh government has tried to suppress the voice of justice from the beginning. The Hon’ble Supreme Court has also remarked that it seems that the government is trying to shield a particular accused in this case,” Gandhi said.

“Sir, I have met the families of farmers who died in Lakhimpur, they are in extreme pain. All the families have said that they want justice for their families and as long as the Union Minister of State is in office, they have no hope of getting justice. The current status of investigation in the Lakhimpur case has proved the apprehensions of the family members right. Union Home Minister Amit Shah who is responsible for law and order in the country and state Chief Minister Yogi Adityanath are sharing the stage with the same Union Minister of State,” the Congress leader said.

He said, ‘You are the Prime Minister of the country and you must be understanding your responsibility towards the farmers very well. While addressing the nation yesterday, you had said that you are repealing laws in the interest of farmers with true intention and pure heart. If all this is true then you should ensure justice for the families of the deceased farmers in Lakhimpur. However, Ajay Mishra Teni will continue to be a minister in your government. If you share the stage with them at the DGP conference then a message will go to the families of the victims that you stand with those who rescued the killers,” Gandhi wrote in his letter.

“It will also be an insult to the 700 farmers who lost their lives during the farmers’ protest,” he said.