The Palestinian Authority announced Saturday night that Ramallah would allow the United States to investigate the shooting that killed Al Jazeera reporter Shirin Abu Aqleh in May.

“The US side has been approved for forensic examination of the bullet that killed journalist Shirin Abu Akleh. “Israel will not be shot,” PA Public Prosecutor Akram al-Khatib said in widely circulated statements in the Palestinian media.

Israeli military officials have said they have identified a gun that could have fired the bullet that killed the veteran Al Jazeera journalist, but that confirmation would require ballistic analysis to match the gun to the bullet.

But for weeks following the death of Abu Akleh in Jenin in May, the PA insisted it would only share the results of its investigation with Washington, not the bullet itself.

“We refused a joint investigation, because those who fabricated the history of the people, stole land and motherland, can fabricate a narrative. We do not trust them,” PA Prime Minister Mohamed Shtayyeh said at a memorial 40 days after Abu Akleh’s death.

The US urged Ramallah to share the results of its investigation with Israel to shed potentially definitive light on the incident. The US Office for Palestinian Affairs did not immediately respond to a request for comment.

In a public letter in early June, a bipartisan group of 25 US lawmakers urged Secretary of State Antony Blinken to pressure PA to drop the bullet.

“We urge you to ask the Palestinian Authority to provide access to forensic evidence of Abu Aqleh’s death for an independent investigation so that all parties can reach a definite conclusion about the events of his death, and that all parties be held accountable,” the MPs said. wrote. 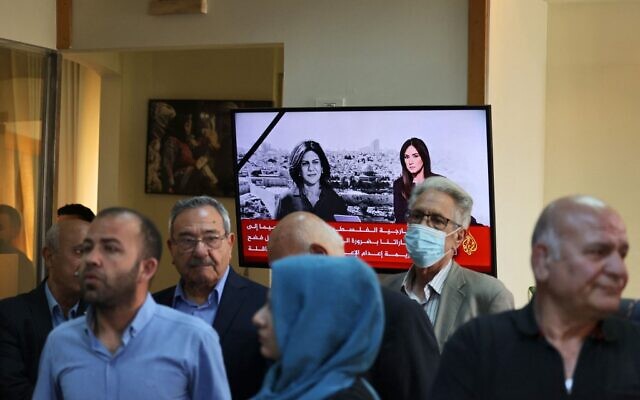 People gather at Al Jazeera offices in the West Bank city of Ramallah on May 11, 2022, during clashes between Israeli soldiers and Palestinian gunmen following the assassination of veteran journalist Shirin Abu Akle, as he attacked an Israeli in the West. The raid was covered. Bank’s Jenin refugee camp. (Abbas Momani/AFP)

Abu Akleh, 51, was shot along with a team of other journalists while covering an Israeli military attack in Jenin in mid-May. During the raid, a gunfight broke out between Israeli soldiers and Palestinian gunmen. At some point, Abu Akleh was shot in the head.

Israel says it cannot say with certainty who killed him until the shooting is investigated. As of Saturday night, Ramallah had refused to share the bullet with any other party, including the US.

The veteran Al Jazeera journalist was a familiar face to millions of viewers around the Arab world. A US citizen who held an East Jerusalem identity card issued by Israel, Abu Aqleh was widely regarded as a leading correspondent for women and the Palestinians. Her death shocked the Palestinians and sparked an international outcry.

The PA, which conducted its own investigation, immediately blamed the Israeli soldiers for the murder. According to PA’s chief prosecutor Khatib, forensic evidence and eyewitness testimony proved that Abu Akleh was on the run when he was deliberately targeted and killed by Israeli soldiers.

Israeli officials dismissed the PA’s findings as false and continued their investigation into the incident.

“Any claim that the IDF intentionally targets journalists or those who are not involved” [in terror] A raw and blatant lie,” Defense Minister Benny Gantz said in a statement at the time. 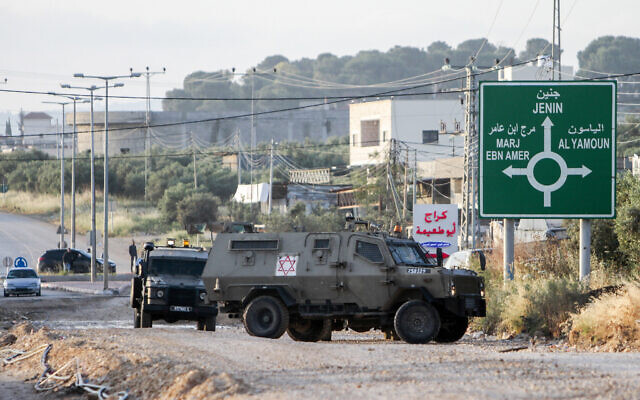 Palestinians clash with Israeli troops in the village of al-Silla al-Harithi near the West Bank city of Jenin on May 7, 2022. (Nasir Ishteh/Flash 90)

Israel initially blamed Palestinian gunmen for the shooting, but later acknowledged that Abu Akleh may have also been killed by Israeli troops. The military has yet to launch a criminal investigation into the shooting.

Endorsing The Times of Israel is not a transaction for an online service, such as subscribing to Netflix. TOI Community is for people like you who care a common goodEnsuring that balanced, responsible coverage of Israel continues to be available for free to millions of people around the world.