Pakistan floods: Pakistan’s government has declared a national emergency as rain-induced floods have so far killed 937 people, including 343 children, and left at least 30 million without shelter. Sindh Province reported the highest number of deaths as 306 people lost their lives due to floods and rain-related incidents from June 14 to Thursday, according to National Disaster Management Authority (NDMA).

Balochistan reported 234 deaths whereas Khyber Pakh­tun­khwa and Punjab Province recorded 185 and 165 deaths, respectively. In Pakistan-occupied Kash­mir, 37 people were killed while nine deaths were repor­ted in the Gilgit-Baltistan reg­ion during the current monsoon rains. According to the NDMA, Pakistan received 166.8 mm of rain in August, as opposed to the average of 48 mm – an increase of 241 percent. Sindh and Balochistan – the worst-hit regions – witnessed a 784 percent and 496 percent increase in the monsoon deluge, respectively, the Dawn News reported. 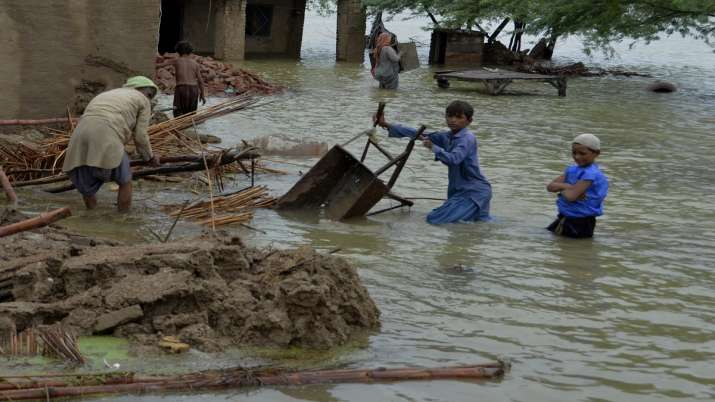 The abnormal increase in rainfall generated flash floods across the country, particularly in the southern part of Pakistan, which rem­ains inundated at the moment with 23 districts of Sindh being declared “calamity-hit”, the newspaper reported. Minister for Climate Change Sherry Rehman said on Thursday that a “war room” has been set up by Prime Minister Shehbaz Sharif at NDMA, which would spearhead relief operations across the country. She said that the incessant “monstrous” rainfall had “made it hard to carry out relief operations, especially helicopter sorties”. 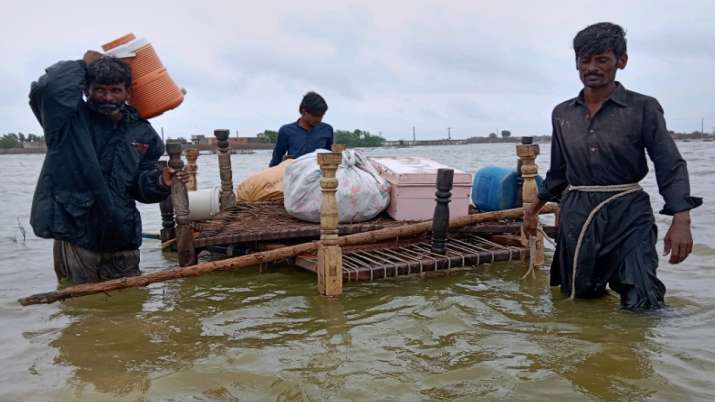 “Pakistan is going through its 8th cycle of monsoon; normally the country has only three to four cycles of [monsoon] rain,” the minister said during a press conference in Islamabad. “Pakistan is under an unprecedented monsoon spell and data suggests the possibility of re-emergence of another cycle in September,” she was quoted as saying by the daily. Senator Rehman, who compared the current situation with the devastating 2010 floods earlier this week, said the current situation was worse than that.

“The water is not only flowing from the north as in 2010, but it is equally or more devastating in its sweep and destructive power,” she added. According to the senator, flash floods caused by heavy rains had swept away bridges and communication infrastructure in various areas of the country. 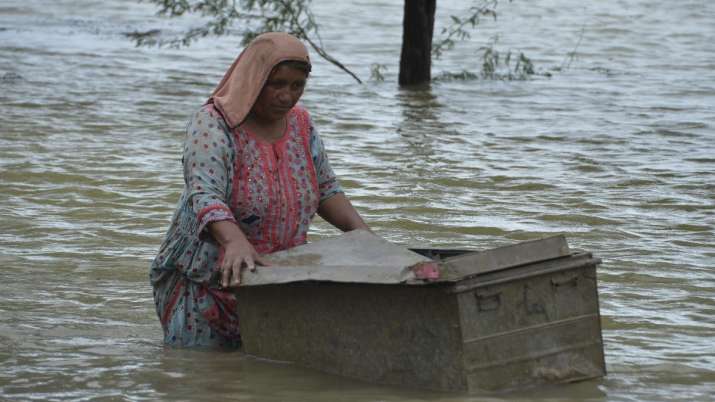 “Almost 30 million people are without shelter, thousands of them displaced and have no food,” she said. Stressing the need for relief from international donors, the minister said that the need for shelter and relief was dire as per what the provinces had conveyed. Sindh has asked for one million tents and Balochistan has demanded 100,000 tents, she said, adding that all tent manufacturers had been mobilised and external donors were also approached for tents.

Everything Jane Fonda and Lily Tomlin Have Said About Their Friendship