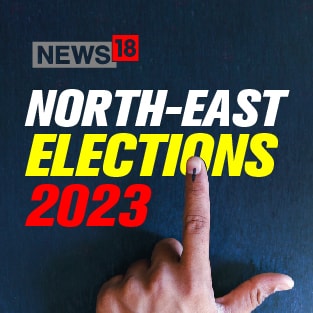 BJP’s Meghalaya in-charge M Chuba AO said on Wednesday that the party would announce its list of candidates for the upcoming assembly elections on February 2.

The State Election Committee will meet on January 27 to discuss possible candidates for the upcoming elections.

Asked about the delay when most parties have already announced their candidates and the TMC has also released its manifesto, he said, “BJP always chooses in the last month because there are so many candidates that they Don’t want to wait to be let go, who bothers. for them. Our system is different from others.

Recently, BJP state president Ernest Mowry said that a survey has indicated that the party will win 10-15 seats in the coming elections. Mowry informed that the party is fielding candidates from all the 60 constituencies.

The state BJP chief also informed that over 123 people have applied for tickets from the party. There are also constituencies with multiple candidates like four in Dalu and six in Mahendraganj, he added.

The BJP Meghalaya in-charge also informed that the drafting of the manifesto is going on and it will take another week.

During his two-day visit, the strategist of the saffron organization met party candidates and various mandal chiefs and office-bearers.

During a meeting with party members, he said that whoever wanted to politically eliminate Bernard Marak, BJP Vice President and MDC of South Tura, should be taught the same lesson.

Asserting that political battles should be fought politically and not taken to a personal level to harm someone’s life, Santosh compared the incident of Bernard Marak trapped in the ‘brothel case’ to Amit Shah and said, “In 2010- 11, Congress party tried to do the same with Amit Shah. Even sent him to jail. Now you must have understood where Amit Shah is and where are those who tried to target him I assure you that whoever tried to destroy Marak should be taught the same lesson, whosoever he may be.

He asked the BJP volunteers, “Shouldn’t we take revenge? We will take revenge in this election democratically, politically.

In a clash of titans, Meghalaya BJP vice-president Bernard Marak, who has been released from jail on bail, will contest the upcoming election against Chief Minister Konrad Sangma from South Tura constituency.

Bernard has been vocal in exposing the irregularities of the NPP-led MDA government, where the BJP is also a partner.

Known as a talent spotter, troubleshooter and organization builder, BL Santosh juggles multiple roles with equal ease. However, his skill in finding winnable factors will prove crucial during the elections for Meghalaya.

With just a month left for the elections, Santosh has been tasked with revamping the party unit which has been in the news for all the wrong reasons. According to sources, the strategy of election and campaign was discussed during the meeting.

In December, three MLAs from Garo Hills, including an Independent, joined the BJP. Two of them were from the ruling NPP. After this big catch, BJP is working hard to get some seats in Garo Hills. Four-time MLA Samuel Sangma is an independent MLA from the Baghmara constituency and is considered a heavyweight. NPP MLAs Benedict Marak (Raxamgre) and Fairleen Sangma (Selsela) have kept the saffron party’s hopes alive in Garo Hills.