Singer Achinoam Nini, also known as Noa, will join the 4th Liturgical Festival of Nazareth with a performance on December 16 that will feature the Polyphony Quartet, a composition of Bach’s liturgical music created by Nini and his musical partner. Will offer an explanation.

Nini’s concert will end with her performance of Bach Ave Maria and the Collegium Vocale Hannover, part of the international guest list for the city’s fourth annual festival.

The German choir, consisting of 36 singers, will perform an a cappella concert on the opening night of the festival, mixing German literary romantic music and the motet “Freide auf Erden” (or “Peace on Earth”) by Arnold Schoenberg. Which signifies the festival. Motto this year.

holiday season festival Six concerts representing different cultures and traditions will take place on December 15-18 in churches and auditoriums around Nazareth with over 100 musicians from around the world.

Violinist Nabil Aboud Ashkar founded the festival. in 2019 and at the Polyphony Conservatory in 2006 after moving back to his hometown of Nazareth from Germany. At the time, he wanted to provide world-class musical training to Arab children in Nazareth, and to integrate classical music into the local education system.

Beyond music training for teenagers, the young musicians worked together over a two-year period, participating in dialogue sessions through music with the Tel Aviv University program. 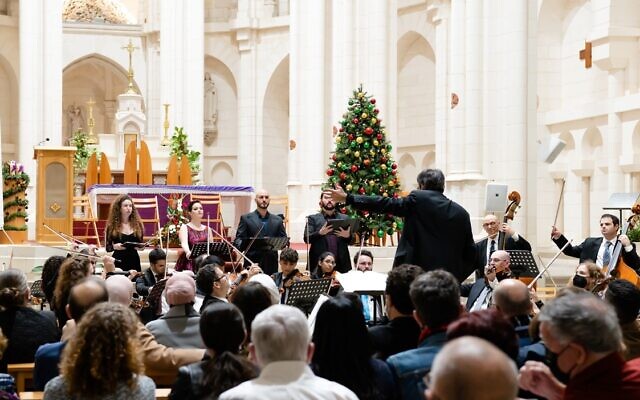 Other performances at this year’s liturgical festival include a musical journey into the world of Sufism with the Al-Darwish Ensemble, made up of Sufi clerics and artists living in the Galilee.

The Galilean Chamber Orchestra of 90 musicians will perform a full-scale production of Mendelssohn’s Elijah’s Oration, based on the Biblical story of the prophet.

Pianist Dana Haresh, a graduate of the Polyphony Conservatory who recently completed his studies at the Barenboim-Said Academy in Berlin, will make his debut at the festival with a program that includes Dvorak’s “Songs from the Bible” with baritone Yair Polishuk. , One is associated with Israel. Opera soloist.