New video footage published Tuesday appears to refute claims of a senior police officer that he did not flee the scene of a fatal stabbing, showing that he walked away from the incident immediately, rather than secure the site, as that he maintained.

The country’s top Arab police officer Jamal Hakrush was placed on leave on Monday after Haaretz published Video footage shows him running from the scene of a stabbing in Kaafar Kanna in September 2020 and stumbling upon a victim lying in a ladder.

Haqroush – a deputy commissioner who leads a unit working to fight crime in the Arab Israeli community – insisted he told the Cannes public broadcaster on Monday evening that he had done nothing to “secure the space” and protect it. The building was abandoned for Crime scene as “sterile”.

Hakrush said that, as a police officer, his primary concern was to ensure that criminal behavior did not continue and that the suspect was taken into custody when backup was called.

But new video published Tuesday by Haaretz showed Hakrash’s vehicle exiting the building – just a minute after the attacker was declared dead – before arresting the attacker or taking the injured man to the hospital. Shown leaving the venue.

In footage from September 12, 2020, Hakrash’s vehicle is shown exiting a parking lot as others escorted the injured man, Ghazi Amara, into a car to take him to the hospital.

Haaretz also published new bodycam footage captured on Tuesday by police officers who later arrived at the crime scene to be stabbed, showing him reacting with confusion, showing that Huckarush was there but left. went.

A woman told the officials that Hakrush, who was off duty during the incident, had gone to the Kanna Iron Plant to pay the bill and left.

The woman tells the police officer, “By chance she saw the whole incident happening in front of her. “Did he see the knife?” The officer asks him. She replies that he was at the scene, but did not see the actual stabbing.

Further bodycam footage shows the police officer asking another officer about Hakrush’s presence. “Where is he? He was here, he was in the incident, as the witnesses said,” says the second officer. 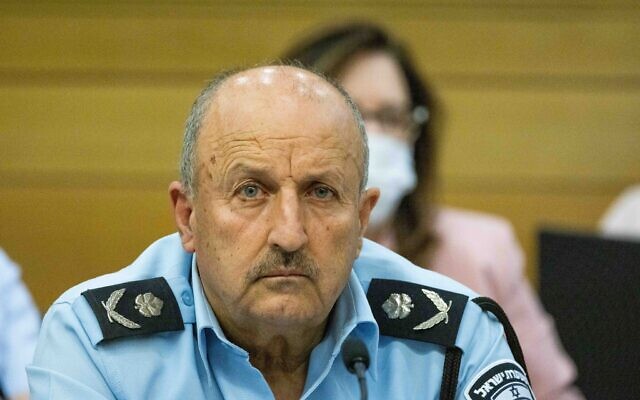 Police have seen Haqrush return to the scene about 10 minutes after taking into custody Ghazi’s uncle Fadi Amara, who had locked himself inside the kitchen after being stabbed.

Hakrush tells the officers that he had gone there earlier to pay a bill.

Following the publication of security camera footage on Monday that showed Haqrush walking an injured Ghazi out of a building, Israel’s police commissioner Kobi Shabtai ordered an independent investigation into the matter. Hakrush was put on leave.

Hakrash told reporters on Monday evening that he trusted the authorities to clear the matter and wanted to continue serving in the police.

According to reports, senior police officials were aware of Hakrush’s security camera footage, yet no action was taken regarding the incident until it was reported to the media on Monday. Public Security Minister Omar Barlev directed Shabtai to ensure that the investigation investigates those allegations as well.

A statement from Barlev’s office said he had asked Shabtai to clarify who knows what and when, how much of the command structure is known about the incident above, and whether any measures were taken. .

According to Channel 13 news, those who learned about Huckaroosh’s activities included employees in the office of former acting police chief Motty Cohen as well as the police spokesman. The Cannes public broadcaster, citing sources, said that both Cohen and Northern District Commander Shimon Lavi had seen security camera footage.

Senior police officers were quoted as saying they were shocked by the report, with some even insisting that Haqroosh could not continue to serve in the police in light of this.

During a global pandemic, a small country is conducting research that is helping guide health policy around the world. How effective are the COVID-19 vaccines? After the first two shots, does the third dose help? What about a quarter?

When The Times of Israel began covering COVID-19, we had no idea our little beat would become such a central part of the global story. Who could have known that Israel would be the first at nearly every turn in the vaccination story – and generate the research that is so urgently needed today?

Our team covers this story with the rigor and accuracy that characterizes Times of Israel’s reporting on a variety of topics. If it is important to you that this type of media organization exists and thrives, I urge you to support our work. Will you join the Times of Israel Community today?

For as little as $6 per month you can help support our quality journalism while enjoying The Times of Israel ad freeas well as accessing exclusive content available only to members of the Times of Israel community.