England won the first ODI by a huge margin after registering the highest List A score of 498 at the VRA Ground in Amstelveen. 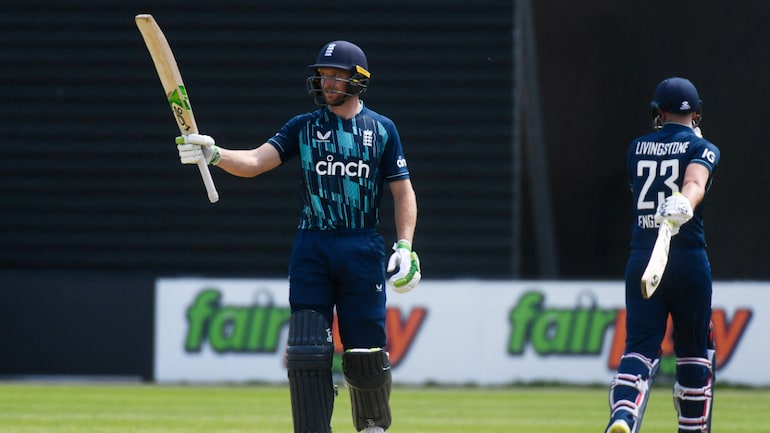 England beat Netherlands by 232 runs in the opening match of the three-match ODI series at the VRA Ground in Amstelveen on Friday, 17 June.

The records were broken the next day after the Three Lions posted a massive 498/4. The Brits did not start well as pacer Shane Snater took the wicket of his cousin Jason Roy in the second over.

From there, the Three Lions did not look back and took the Dutch bowlers to the cleaners. David Malan and Phil Salt added 222 runs for the opening wicket. Both the batsmen scored centuries, but it was Jos Buttler who stole the limelight.

Buttler bonkers to score the second-fastest ODI century by an English batsman off 47 balls. After this, he played an unbeaten innings of 162 runs in 70 balls with the help of seven fours and 14 sixes.

Liam Livingstone was also not surprised as he scored 66 runs in 22 balls with the help of six fours and as many sixes. On the strength of their innings, England recorded the highest ODI score ever in men’s and women’s cricket combined.

She broke the record held by New Zealand Women, who scored 491 runs against Ireland Women in 2018. The Three Lions also broke a 15-year-old record for the highest List A team score.

Max O’Dowd and Scott Edwards scored half-centuries, but they did not find much support from the others in the Netherlands run-chase. For the Dutch team, Edwards scored 72 runs in 56 balls, which included five fours and a six.

Netherlands were eventually bowled out for 266 in 49.4 overs. Moeen Ali was the choice of the English bowlers with three wickets. David Willey, Reece Topley and Sam Curran took two wickets each.

EmRata, Drake and More Share What They Did With Their Exes’ Rings

Charles Kimbrough: 5 Things About The ‘Murphy Brown’ Star Dead At 86