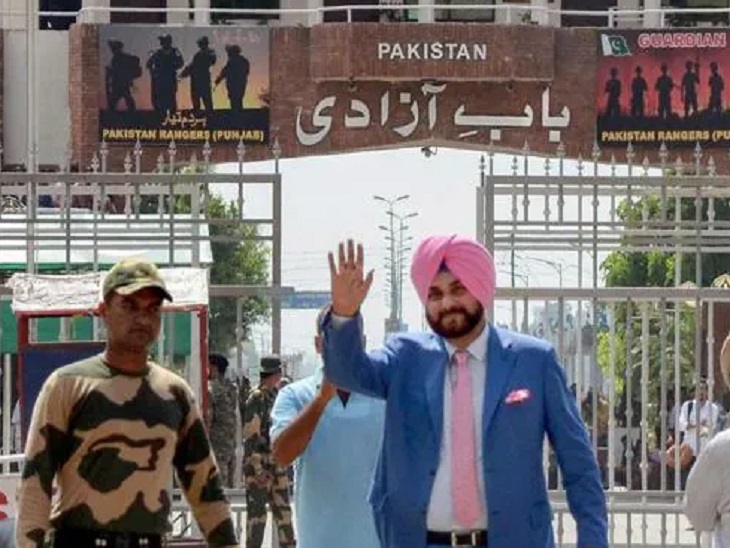 Navjot Sidhu on his way to Pakistan. file photo

This visit of Sidhu is important because Sidhu has often been in discussion about the Kartarpur Corridor. First he hugged Pak Army Chief Qamar Bajwa at the swearing-in ceremony of Pak PM Imran Khan. Then went to Pakistan to participate in the ground breaking ceremony of the corridor.

Sidhu’s name was not kept in the first batch

In the first batch on behalf of the Punjab government, CM Charanjit had gone to Pakistan along with the Channi family, 3 ministers and some MLAs via the Kartarpur Corridor. Even then the question arose that Sidhu should have also gone with him. It was later learned that the Punjab government had earlier sent the list of the batch to the Centre, in which Sidhu’s name was not there. There is resentment towards the government in the internal organization regarding this.

Pakistan has always been giving credit to Sidhu for the Kartarpur Corridor. Recently, when the corridor opened, it was said in the Pakistan government’s website that it was Sidhu who had the idea of ​​opening the corridor to Pakistan PM Imran Khan, after which it became possible.

Sidhu shared the video before the tour

A day before the darshan of Gurdwara Sri Kartarpur Sahib in Pakistan, Sidhu released a video. Sidhu went to Pakistan for the first time through the Kartarpur Corridor through the title of Kartarpur Story. In this, Sidhu is seen praising the Pakistan PM. However, on the opening of the corridor, Sidhu also thanked PM Narendra Modi.