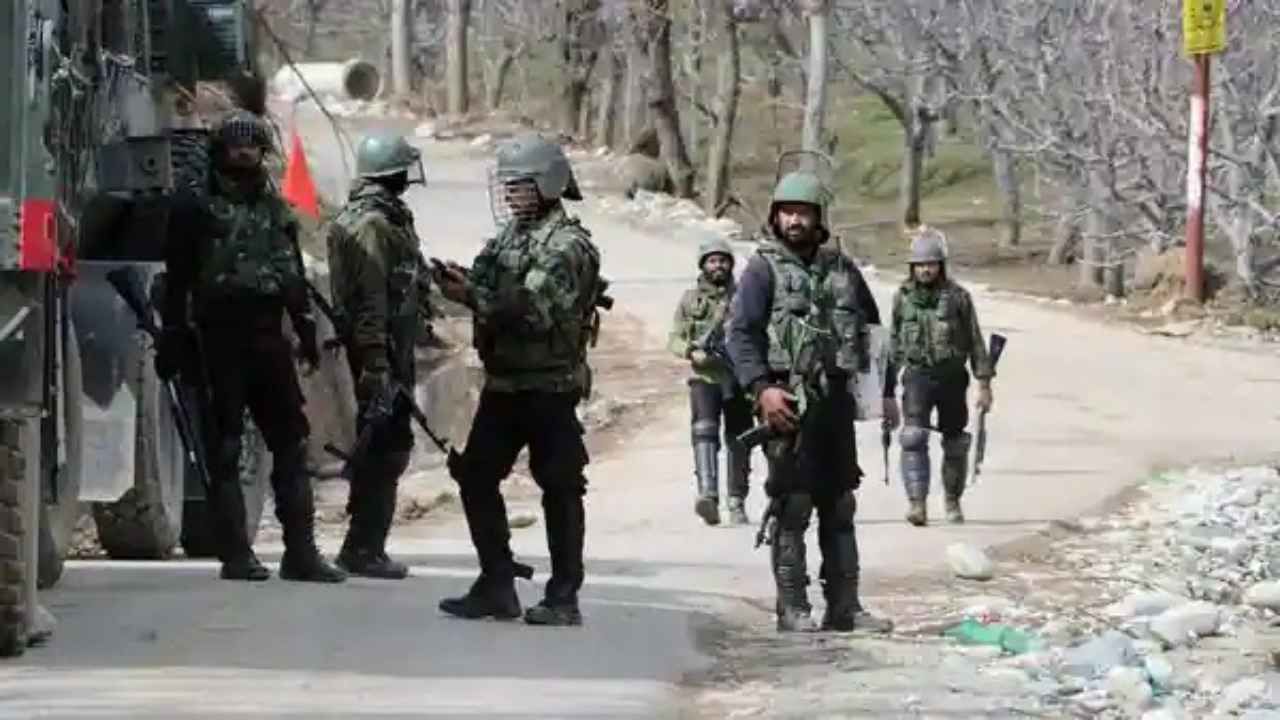 An encounter took place between security forces and terrorists in Srinagar of Jammu and Kashmir on Thursday night. During this, there is news of the death of three terrorists. At the same time, four soldiers were also injured during the encounter. The police have given this information. The special thing is that 9 terrorists have been killed in the last 24 hours in the action of security forces and police. Earlier, 6 terrorists were also piled up in two districts of South Kashmir.

On Thursday, the operation of the security forces against the terrorists in Srinagar has been completed. During this 3 terrorists have been killed. According to media reports, the police said, “In the initial firing, three policemen and a CRPF (Central Reserved Police Force) jawan were injured, who have been admitted to the hospital later.”

Six terrorists, including two Pakistani nationals, were killed in two encounters in South Kashmir. In this an army soldier was martyred. Officials gave this information on Thursday. He said the slain terrorists also included two Jaish-e-Mohammed terrorists who were involved in attacking a police bus on the outskirts of Srinagar on December 13.

Three Jaish-e-Mohammed terrorists, including a Pakistani national, were killed in an encounter between security forces and terrorists in Jammu and Kashmir’s Anantnag district on Wednesday night, officials said. At the same time, three other terrorists were killed in an encounter in Kulgam district on Wednesday evening. He said that two jawans and a policeman have been injured during the Anantnag operation. Security forces had received concrete information about the presence of terrorists, after which security forces were deployed in Nowgam Shahabad in Anantnag district and Mirhama area of ​​Kulgam on Wednesday evening. The encounter took place during the siege and search operation. Both these districts fall in South Kashmir.

Six Jaish-e-Mohammed terrorists, including two Pakistani nationals, were killed while a policeman was injured in two separate encounters between security forces and terrorists in Jammu and Kashmir on Wednesday. On the other hand, Army, CRPF and Kashmir Police together had eliminated 6 dreaded terrorists from Kashmir in the last 12 hours. All these terrorists have been killed in two separate encounters in Anantnag and Kulgam. Out of this, two were confirmed to be Pakistani. Giving information, a police officer said that on the basis of intelligence received about the presence of terrorists, a cordon and search operation was started by the security forces in Mirhama area of ​​Kulgam district and this led to During the encounter took place between the terrorists and the security forces.