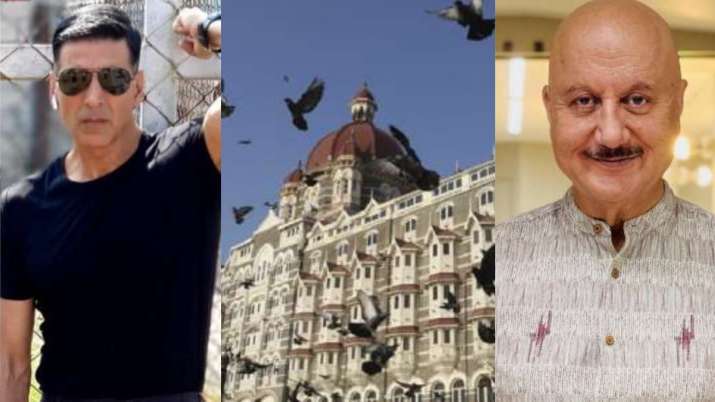 Filmmaker Madhur Bhandarkar tweeted, “Heartfelt tribute to all the innocent civilians lost in the barbaric 26/11 #MumbaiTerrorAttack & all our real heroes who laid down their lives.”

Pakistan-based radical cleric Hafiz Saeed’s Jamaat-ud-Dawa (JuD) is the front organization for Lashkar-e-Taiba, responsible for carrying out the 2008 Mumbai attacks that killed 166 people, including six Americans . Saeed, a UN-designated terrorist on whom the US has placed a USD 10 million bounty, was arrested on July 17 last year on terrorism financing charges. The 70-year-old Jamaat-ud-Dawa chief is lodged in Lahore’s high-security Kot Lakhpat Jail.

The attack was carried out by 10 gunmen. Armed with automatic weapons and grenades, the terrorists targeted civilians at several places in the southern part of Mumbai, including the Chhatrapati Shivaji Railway Station, the popular Leopold Cafe, two hospitals and a theatre.

While most of the attacks ended within hours of the start at 9.30 pm on 26 November, terror continued to spread at the three places where the hostages were taken – Nariman House, where a Jewish outreach center was located, and the luxury Hotel Oberoi. Trident and Taj Mahal Palace and Tower.