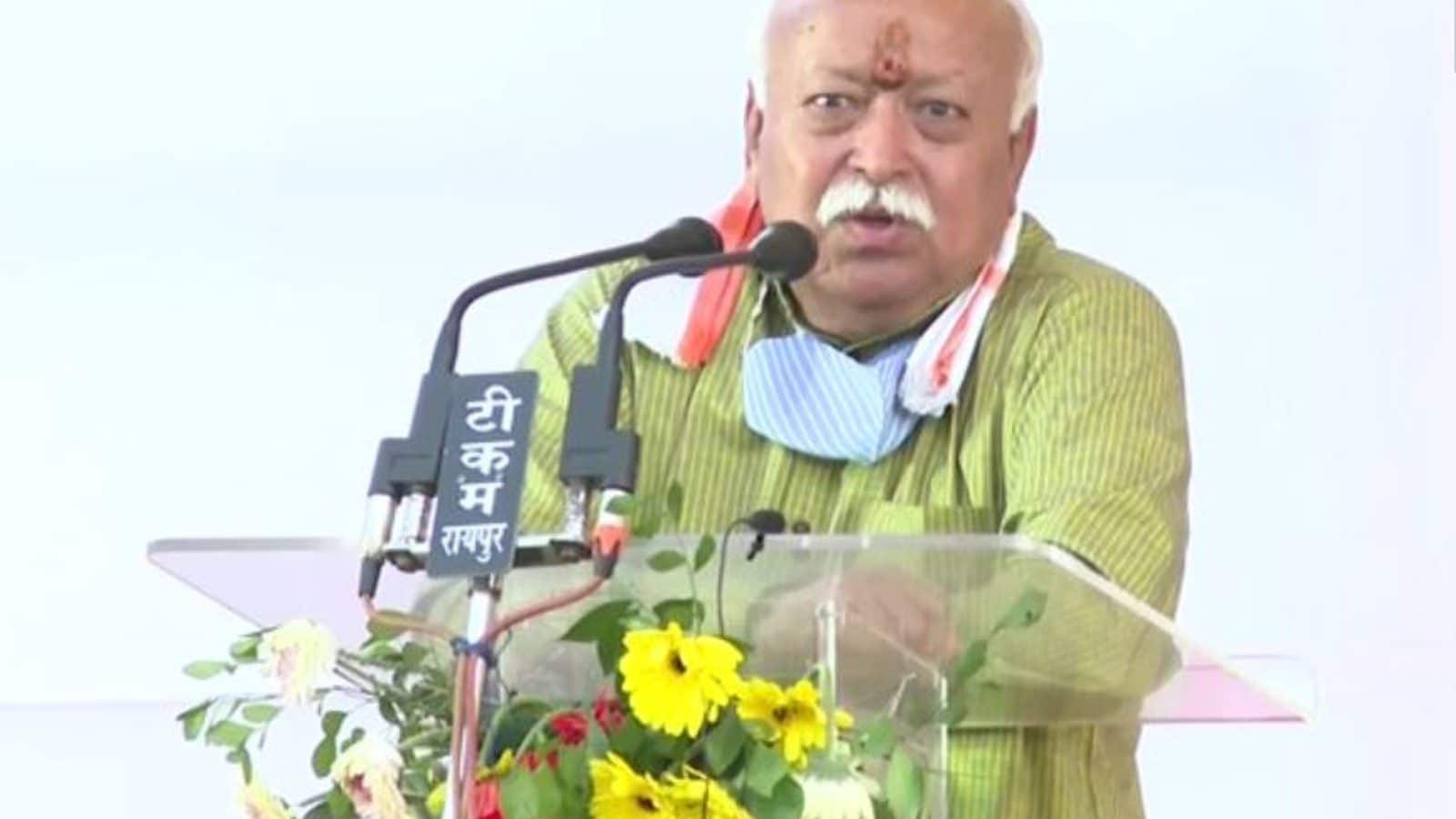 Recently, four people were arrested for forcibly converting about 100 people in villages of Bharuch district of Gujarat.

RSS chief Mohan Bhagwat warned that we don’t need to convert anyone but teach to live, adding that “those who try to disturb the tune will be decided by the rhythm of the country”. His statement on conversion came twice. A day later, in Gujarat, around 100 people from around 35 families were ‘forcibly converted’ in the greed of money.

“We do not have to convert anyone, but we have to teach to live. We are born in the land of India to give such a lesson to the whole world. Our creed makes good human beings without changing anyone’s method of worship. Whoever tries to disturb the tune will be dictated by the rhythm of the country,” Bhagwat said at the Ghosh camp in Chhattisgarh on Friday.

Recently, four people were arrested for forcible conversion in villages of Bharuch district of Gujarat. A complaint was filed against nine people after a man who converted to religion in the greed of a good job reached the police station. Police officials said children from converted families had started their studies in nearby Darul Uloom, and the families were also taken for mass prayers.

Bhagwat further said that we need to move forward ‘together with coordination’ so that India a “Vishwa Guru“(world leader). RSS was in Chhattisgarh to participate in aa band show which included members of the organization.

Ghosh pradarshan, the program in which Bhagwat participated, is playing seven types of musical instruments in a particular rhythm. RSS Prant Prachar Pramukh Kaniram said that the band shows are being practiced continuously for the last one month by RSS Swayamsevaks (volunteers) of both Raipur and Bilaspur units. He said that the program was concluded by lighting the lamp at Madaku Island situated on the Shivnath river.