KUALA LUMPUR, Malaysia – Malaysia is refusing visas to Israeli players to participate in next month’s squash world championships, the sport’s governing body has said, sparking anger in the Jewish state.

It is the latest example of a Muslim-majority Southeast Asian nation, which has no diplomatic ties with Israel, attempting to ban its athletes from the country.

The World Team Championship for men is scheduled to take place in Kuala Lumpur from December 7-12, with 26 squads participating.

But the World Squash Federation (WSF) said it “was made aware that at present, the Malaysian authorities have not yet accepted the grant of visas for the Israel squash team.”

“The WSF remains committed to the principle of an open and inclusive world championship, which welcomes all member states interested in participating,” the governing body said in a statement to AFP.

The WSF said it was in contact with Malaysia’s squash body and hoped that “a fair and workable solution can be achieved.”

Israelis have been barred from visiting the South Asian country, where Palestinians enjoy widespread support. Former Malaysian Prime Minister Mahathir Mohamad once said he was “delighted to be labeled anti-Semitic” and defended repeated remarks that Jews are “hook-nosed”.

The Israel Squash Association said it plans to approach the Court of Arbitration for Sport in Switzerland if the WSF cannot resolve the issue. 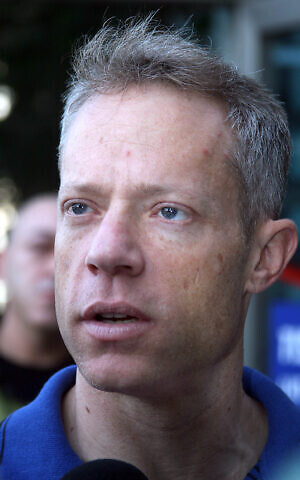 “It is a shame they are mixing sport with politics,” the association’s president, Aviv Bushinski, told AFP. “People who close their eyes – all the countries that participate and allow something like this to happen – they allow racism and discrimination to happen in the game.”

The Squash Racket Association of Malaysia, the country’s squash organization, declined to comment.

In an earlier comment, responding to a request by WSF President Gerard Monteiro, the head of the Malaysian squash organization said the country “would not be able to guarantee”. [Israeli players’] Safety and well being. ,

Israel’s Minister of Sports and Culture, Chile Trooper, said in a statement earlier this week: “I find it impossible to believe that in this modern age, there is still a place for discrimination, as well as for political views and sport. There’s also a mix.”

The tournament was moved from New Zealand to Malaysia earlier this year because of travel restrictions related to the coronavirus.

In 2019, Malaysia was stripped of its right to host the World Para Swimming Championships for threatening to refuse Israeli athletes.

In 2015, an Israeli windsurfer had to pull out of a competition on the island of Langkawi after being denied a visa.

Sidharth Malhotra mourns the death of Bipin Rawat, shares picture from the trailer launch of ‘Shershaah’

Stocks to be traded today (Dec 9)

Amazon App Quiz December 9, 2021: Get answers to these five questions to win Rs 5,000 in Amazon Pay balance – Times of India